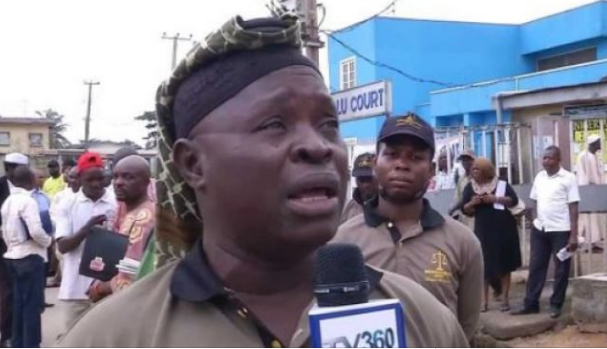 The Muslim Rights Concern, MURIC, has said it has the information that Senator Ademola Adeleke, the governorship candidate of the Peoples Democratic Party, PDP, has pledged to return mission schools to their owners if he becomes governor of Osun State.

The governorship election which was held in Osun State on Saturday was declared inconclusive by the Independent National Electoral Commission, INEC, and Thursday(tomorrow) has been fixed for a re-run.

MURIC, in a press statement signed by its director, Professor Ishaq Akintola, said its office has been inundated with complaints from its members in the state who fear a raw deal in the event of Senator Adeleke emerging winner after the re-run.

MURIC said, “Our members are apprehensive. There is this information that Senator Adeleke pledged to return mission schools to their owners if he becomes governor of Osun. We don’t peddle rumour. We are therefore using this medium to ascertain the veracity of the report. The distinguished senator has ample time to issue a disclaimer now.


“The question is very simple, did you promise to return mission schools to their owners? The implications are very serious when considered against the background of the running battle over the mission schools between the Christians and Muslims in the state in the past eight years.

“To assure Nigerians that this is not just a conjecture of MURIC or our concern alone, the Muslim Community of Osun State had earlier raised the alarm on this matter. In a widely publicized press conference of 8th September 2018, the president, Osun State Muslim Community, Alhaji Mustapha Olawuyi, said inter alia:

‘One of them has been using ‘return of schools to missionaries as one of his campaign promises. We are aware that this is a gimmick to swindle the public. You can’t return the property that belongs to all of us to a mission just because such schools bear mission names. We are all aware of massive investments of public fund in these schools after it had been taken over soon after independence with full compensation. We have told him to forget it. Even if he has a pact with any group, it won’t fly. Any politician that tries it will regret it.’

“As far as MURIC is concerned, we see a big threat to religious freedom for Muslims if a candidate has entered into a pact with Christians leaders to return schools to the missions. If Adeleke has a pact with Christian leaders, what agreement does he have with the Muslims? He may be taking Osun Muslims for a ride. He has to explain.

“He was only known as Senator Ademola Adeleke prior to his emergence as candidate but suddenly he became ‘Nurudeen’. Our strong suspicion is that this ‘Nurudeen’ converted to Christianity a long time ago but he now finds it mandatory to portray himself as a Muslim in order to deceive gullible Muslims. He appeared on Id ground during Salah. But that should not surprise anyone because even Fayose attended Salah prayer wearing a turban. But why must politicians deceive Muslims this way? We charge Senator Adeleke to elucidate on this.

“A second poser to which the distinguished senator must respond before the re-run on Thursday is the repression of Muslim students in Adeleke University, Ede, Osun State. MURIC has petitions from Muslim students in the institution. They complain of religious discrimination, forceful attendance of church services and refusal to allow them to worship as Muslims.

“Our question to Senator Adeleke on this is also very simple. Distinguished Senator of the Federal Republic of Nigeria sir, what is your connection with Adeleke University? We are aware that Dr. Deji Adeleke who happens to be the senator’s brother, is the Pro-Chancellor of the institution.

“Given the passion with which members of the Adeleke family have thrown their weight behind the senator’s political ambition, can the distinguished senator separate his policies on education as a prospective governor of Osun State from that of the university? Are Muslims in the state not going to come under the sledge hammer just as Muslim students are facing persecution in Adeleke University?”

MURIC also raised issues on the hijab affair. “The road to freedom to use hijab in public schools was rough and hard. We doubt if Muslims in the state will be ready to tolerate a reverse in case an anti-Muslim governor emerges winner. The president of Osun State Muslim Community expatiated on this:

‘Again, this is a backdoor approach to banish hijab from public schools. We have seen hate and lack of religious tolerance displayed in the Adeleke University Ede and the Bowen University in Iwo. And as the majority group in Osun, we will not fold our hands and allow that happen in our schools.

“It will be resisted with full force. We just fought for hijab for three years, so anyone who intends to mitigate our rights or oppress us should forget his ambition to become a governor in this state. In Osun State, we are aware of our rights and we have enlightened populace.’

“If it is true that a pledge was made to return schools to the missionaries, then religion has been introduced into the politics of Osun state. Therefore, nobody should tell MURIC not to intervene in the politics of Osun state. This is not about supporting any political party. Our members are spread across all the political parties but our interest lies in the protection of the Allah-given fundamental rights of Muslims.

“To round off, we implore the distinguished senator to expatiate upon the issues raised above and allow the Osun electorate to decide the rest.”