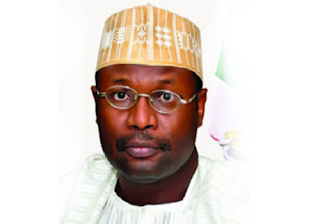 Against the backdrop of the results of the Osun State governorship election as announced by the Independent National Electoral Commission (INEC), Edo State chairman of the Peoples Democratic Party (PDP), Chief Dan Orbih has called on the Chairman of the Commission ,Professor Mahmoud Yakubu to resign from office as the outcome of the election has shown that INEC under his leadership cannot conduct free and fair elections anywhere in the country.


The call is coming on the heels of the defection of the spokesman for the Reformed All Progressives Congress (R-APC), Prince Kassim Afegbua from the party to the Peoples Democratic Party (PDP).

Prince Afegbua who was a former Special Adviser on media and Commissioner for Information to immediate past governor of Edo, Adams Oshiomhole defected with thousands of his supporters to the Peoples Democratic Party (PDP) Sunday in Okpella , Etsako East local government area of the State.

Meanwhile,Chief 0rbih who called for the immediate resignation from office of Prof Yakubu while receiving Princes Afegbua , said INEC under the present leadership was incapable of conducting any election and cited what recently happened in Rivers State adding that democracy was in danger.

Prince Afegbua, speaking on his defection, said that he took a bold step to return to the party, haven been a founding member of the PDP before joining the APC.

He said that though he served in the APC Government in the State for eight years, he was not happy with the condition of roads and development in his Okpella community.

He explained that in spite of his complaints, nothing was done, adding that the conditions of roads generally in the country was worst off than during the PDP era.

He said, ” I feel the pain of the people each time I come home, the situation is sad and pathetic ,
worse of it is that for nine months now there has been no light in this community “. He also lamented the inflation rate in the country and the astronomical rise of commodities.

Earlier, Orbih said that he appreciates the problems and pains of the community. He said that the party was sympathetic with flood victims in the locality, this he said was in spite of the State Government’s slow response.

He disclosed that the party was aware of donations of relief materials donated by several Federal Government agencies and appealed to the against diversion of the items by the State government.

Earlier the party had received a founding member of the APC who defected with hundreds of his supporters to the PDP in Fugar.

The leader and spokesman of the defectors, Chief Ekpen Abu pledged that he and his supporters were ready to work with the party to win the next election in the area and State in general.