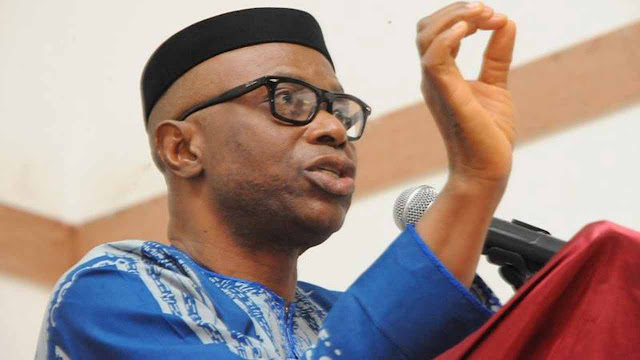 Briefing newsmen in Kaduna Tuesday, the spokesman and chairman of the party in Kaduna state, Engr. Umar Farouk said, “We believed that the Nigerian Labour Congress, NLC, National Chairman, Ayuba Wabba was misguided, ill-informed and motivated aimed at tarnishing and undermining the good leadership of our party under the able leadership of Alhaji Abdulkadir Abdusalam as well distract Nigerians from the presidential declaration of the immediate past governor of Ondo State, Dr. Olusegun Mimiko.”

He explained, “It has become unavoidable necessary to put the issue in their proper perspective that the statement put forward was issued out of ignorance, prejudice and motivated by political opponents who are afraid of the growing fortunes and prospects of the party as we inch closer to the 2019 general elections.

“That the Independent National Electoral Commission, INEC, has stated categorically that the National Chairman of Labour Party is Alhaji Abdulkadir Abdulsalam. It is therefore in bad faith, that the NLC president, Ayuba Wabba to undermine this position.


“That our great Labour Party under the able leadership of Alhaji Abdulkadir Abdulsalam participated in the just concluded Ekiti and Osun states governorship elections and the party will continue to participate in all elections come 2019.”

The spokesman explained that while the party appreciates and acknowledges the solidarity of the organized labour with the party, it stated that the Nigerian Labour Congress is not the owner of the Labour Party.

“Once a political party is registered, it has a life of its own, and it can only be regulated by its constitution (see section 80 of the Electoral Act 2010 (As Amended),” he observed.

The party advised the NLC president, Ayuba Wabba to remain focused on his roles as president of the NLC and address issues affecting workers welfare, instead of meddling in the activities of political parties.

“Nigerians are not unaware of the plight of the Nigerian workers who are impoverished occasioned by the current low minimum wage, unpaid salaries and allowances while others have been sacked indiscriminately,” the party said.

The current leadership of the party, he said, under the leadership of Abdulkadir Abdulsalam believes in the rule of law and the sanctity of its constitution.

“We, therefore, call on Nigerians to support Labour Party and its candidates all over the country to bring the desired change and progress in managing the affairs of our country,” the party appealed.

He said, “It is our obligations to set the records straight. We should no longer be living in an illusion as what some opportunists use to dilute and mislead the public on the integrity and quality of leadership of our dear Labour Party. We have been deceived by some vicious circles within and outside the party.

“All legal authorities have cleared the air over the constitutional backings of Labour Party as an independent registered political party with its extent rules and regulations governing its activities.

“We realized that the party national chairman, Abdulkadir Abdulsalam is no longer the culprit but reactionaries within and outside the party who are sponsored to bring the party down at all costs.”