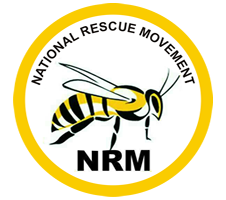 The National Rescue Movement has protested against the Osun State governorship election held on Saturday describing it as a stillbirth and exercise in futility which cannot stand.

The party threatened that the election would not stand because the Independent National Electoral Commission unlawfully excluded its candidate, Ms Jumoke Lawoyin, from participating in the election despite the fact that the commissioned witnessed the primaries and gave her notice of election.