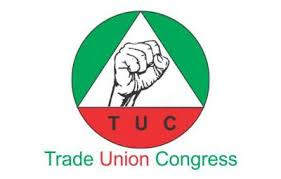 The President of the Trade Union Congress, TUC, Boboi Kaigama, has lambasted the federal and state government for failing to implement the new minimum wage.


He disclosed that members of organised labour across Nigeria were already proposing the abrogation of security votes.

The reviewed salary was expected to take effect in September.

Speaking after he picked his nomination and expression of interest forms for Taraba governorship election at the National Secretariat of the APC, in Abuja, on Friday, Kaigama said it was unfortunate that government was still giving excuses.

Kaigama said: “The issue of minimum wage is legitimate to the Nigerian worker. It is expected that five years down the line, employers are supposed to sit down with their employees represented by trade unions to review their wages.

“We are two years behind schedule on this. The dollar rate when the last minimum wage came into being was N150. It has now more than doubled that figure.

“Governors are complaining about the proposed minimum wage, but the fact is that you cannot sit down in your own house and be waiting for allocation from the federation account and think you can pay minimum wage. You have to be creative and develop your own resources.

“There is no state as far as the working class is concerned that will say they cannot pay the proposed minimum wage. The money is there but corruption and incompetence would not allow them to pay.”