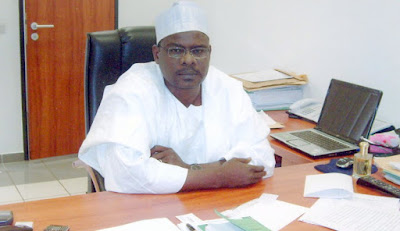 A member of the National Assembly, Sen. Ali Ndume, has dismissed the presidential ambition of the Senate President, Bukola Saraki, describing it as ‘a pipe dream.’

He also called the former Kwara governor a saboteur, who has been working against the executive arm of the government.

Ndume, an APC senator representing Borno South, told NAN on Monday, that the Senate President could only win election in his home State of Kwara, adding that Nigerians would reject him at the polls if he got that far.

“I think it is good he is going for the presidency of Nigeria and he will see that it is only Kwara people that will vote for him, not Nigerians.

“When somebody cannot manage the Senate, how can he manage Nigeria?

“When you present President Buhari and Saraki for people to choose from, you know it is very clear. The difference is very clear.”

“Since his declaration for the presidential race, Saraki has said at different fora that the country was in dire need of a leader like him with the “demonstrable capacity to unite the nation”.

But Ndume said he could not be trusted with the country’s leadership, having used his position as senate president to “antagonise and sabotage” the current government.

“Where we got it wrong was where Senate President Saraki thought that the Senate is independent.

“The truth is that the legislature is not independent to the extent of operating like a different country.