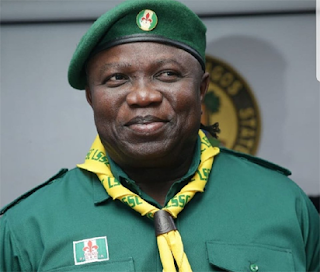 Multiple sources in Alausa, the seat of Lagos State Government on Tuesday dismissed claim in the social media suggesting that Governor Akinwunmi Ambode was planning to sack all the 57 chairmen of Local Government Areas and Local Council Development Areas (LCDAs) in the State.

The claim, which was circulated by an online newspaper, had claimed that the governor was secretly perfecting moves to sack the council chairmen on or before Friday this week for allegedly supporting another governorship aspirant of the All Progressives Congress (APC), Jide Sanwo-Olu.

When our correspondent fact-checked the claim with highly placed sources in the state’s Ministry of Information, it was gathered that there was no iota of truth in the said report, which the online medium claimed it got wind of through a leaked information.

Debunking the report, a top government official who spoke on condition of anonymity, urged the public to ignore the report in its entirety, describing it as another hoax made in continuation of the vicious lies against the Ambode administration.


Lagos Guber: Ambode’s Aide, Groups Roll Out Achievements Ahead Primaries
“Ordinarily, I would not have responded to this obviously planted fake news in an obscure online newspaper but since you want to find out the truth, let me tell you straight that there is no such plan.

“You see, what is happening is a well-orchestrated plan of the political detractors of the governor having seen the futility of their gang up to stop his second term bid. They (political detractors) know that the issue of the second term bid of Ambode has been settled but are clinging to straw in a desperate attempt to see whether the tide could change in their favour by spreading absolutely false news about the governor.

“In the last few days back, no day has gone without these shameless people concocting and putting up one tale or the other. The moment they realized their game was up, the first thing they did was to put up a letter purportedly signed by the governor announcing his withdrawal from the governorship race and endorsing Sanwo-Olu. On that same day, these same people wrote a rebuttal in the name of the Chief Press Secretary to the Governor, Habib Aruna, even without his knowledge or consent,” he said.

He added that apart from writing and circulating all kinds of crass reports aimed at denigrating the person of Ambode, the source said the political enemies of the governor have also been attempting to cunningly draw other political leaders into the fray against the governor.

According to him, “You would recall that some time ago, it was rumored that former Speaker of Lagos State House of Assembly, Hon Adeyemi Ikuforiji was the anointed candidate to take over from Ambode; the ex-speaker quickly debunked it.

“Just yesterday, the detractors again came up with report that Ikuforiji had procured governorship form of Africa Democratic Congress (ADC) for Ambode, another lie from the pit of hell which the former speaker has also dismissed. So, what is going on is just desperation to heat up the political firmament in the APC because those behind the gang up against the governor know in actual fact that his second term project is a done deal.”

Another impeccable source, who also confirmed that the governor was not nursing any plan to sack council chiefs, said it was unfortunate that “those peddling the rumor are so bereft of ideas and cannot even come up with a reasonable allegation.

“I mean, how can they claim that the governor wants to sack council chiefs when the truth is that not all the chairmen are supporting Sanwo-Olu? It will surprise the people that contrary to their propaganda that all the 57 council chairmen have endorsed their aspirant, the actual fact is that that is not the true state of things.

“I can confirm that many of the chairmen and indeed the political leaders in the APC are backing Governor Ambode for re-election owing to his outstanding performance in office, and they also know that it is politically dangerous for APC to go into next year’s governorship election in Lagos without an Ambode on the ballot,” the source said.