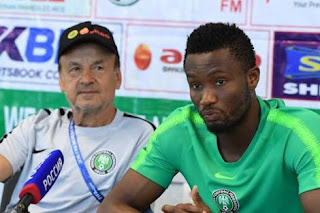 The Franco-German also voted for Kylian Mbappé as his second choice and Eden Hazard third respectively.

Modric won FIFA’s The Best award after helping Real Madrid to win the Champions League and playing a key role for Croatia at the 2018 World Cup.

Brazilian Marta was named the FIFA women’s Player of the Year for the sixth time, beating Maroszán Dzsenifer (Germany) and Ada Hegerberg (Norway) to the accolade.