On Thursday, it was revealed that Adebayo Shittu, minister of communications, failed to participate in the National Youth Service Corps (NYSC) scheme. 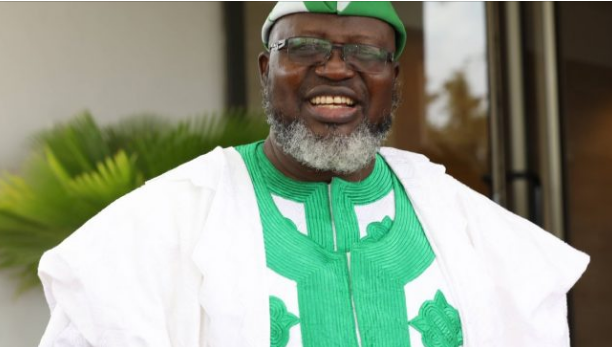 According to Premium Times, Shittu skipped the compulsory programme after graduating from the University of Ife (now Obafemi Awolowo University, OAU), though he finished school below the required minimum age of 30.

Upon graduation from the Nigerian Law School, Lagos, in 1979, he was elected a member of the Oyo state house of assembly at the age of 26.

Interestingly, the minister, a lawyer, defended his action. He had told the newspaper that he did not need to participate in the scheme since he had been elected lawmaker.

“The constitution provides for the qualification needed for state assembly members, NYSC is not there. I didn’t need it to become a member of the state assembly, and that is already a service,” he was quoted as saying.

He restated this on Friday, while addressing reporters at the national secretariat of the All Progressives Congress (APC).

“I left in 1978 and left law school in 1979 and the constitution says anyone who qualifies to contest an election or who has gone through an election and wins, he is obligated to move through the house of assembly which I did for four years, so it is a form of higher service as far as I’m concerned and even now, I am still in service,” he said.

According to Shittu, “The 1979 Constitution of Nigeria says anybody who qualifies to contest election and wins gets running and occuppies the position for which he contested for.

“Then the NYSC Law 1973, before the constitution came, says that anybody who finishes must serve for one year. At the time the NYSC law was made, it never anticipated a situation where somebody who is still in school and about to graduate will contest election and whether NYSC is required to contest the election or not.

“With the two laws, to me, the constitution, which says if you’re elected and you win, you will go and serve the nation in the assembly – state or national, is supreme.

While it is true that the 1979 constitution (which was in force at the time Shittu graduated from school) did not identify an NYSC certificate to be one of such requirements, it recognises the NYSC act and there is no conflict whatsoever.

This is with regards to Section 12 of the NYSC act which makes participation in the scheme a prerequisite for being employed in the country.

The section states thus: “(I) For the purposes of employment anywhere in the Federation and before employment, it shall be the duty of every prospective employer to demand and obtain from any person who claims to have obtained his first degree at the end of the academic year 1973-74 or, as the case may be, at the end of any subsequent academic year the following-

Apparently, Shittu chose to interprete the part of the constitution that supports his claim, without considering the part that gives credence to an existing law — the NYSC act.

The NYSC has come out to say holding political offices does not equate to or replace the one year compulsory youth service for eligible graduates in Nigeria.

Adenike Adeyemi, NYSC spokesperson, quoting from the NYSC act, explained that the minister does not fall into any of the set of people exempted from the programme.

The only exemption, according to the act, are those who graduated after the age of 30, persons with national honours and individuals who serve in the military and intelligence organisations.

“Notwithstanding the provisions of Sub-section 1 of this section, with effect from 1st of August, 1985, a person shall not be called upon to serve in the service corps if at the date of his graduation or obtaining his diploma or other professional qualifications (a) he is over the age of thirty or (b) he has served in the armed forces of the federation or the Nigerian Police Force for a period of more than nine months,” Adeyemi was quoted to have said.

“Serving in the National (or state) Assembly is not one of them but then if you have been conferred with any national honour, in addition to other things in the Act, then it (NYSC) will let you know if you are exempted from the national service.

“You have read the Act and you can see the circumstances where someone is exempted, you analyse it if he [Shittu] was exempted duly or there is a reason why he should have served. But the Act is very straightforward on the grounds for not coming up to serve.

“If you are a graduate locally trained or foreign trained, as long as you graduate before the age of 30, you are expected to serve.

“Whether foreign or locally trained, the law is the same. Our youths should be rightly guided that if you were able to complete your studies and as of the date of graduation, you are under 30, you are eligible to serve.”

CONCLUSION: Shittu lied on both claims.