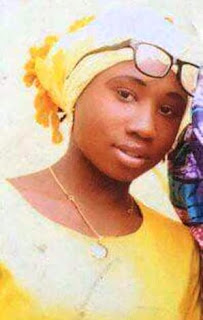 Over seven months after the abduction of her daughter, Leah, by the Boko Haram sect, Mrs Rebecca Sharibu on Friday in Jos continued to share her agony with a plea to President Muhammadu Buhari to take action and rescue her daughter.


Her saddest moment, she said, was when after expressing joy and happiness that her daughter had been freed, she woke up to know that she was only dreaming.

She added that the family had not remained the same since the unfortunate incident.

Leah Sharibu was one of the 110 female students of the Government Girls’ Science and Technical College, Dapchi, Yobe State, who were abducted on February 19, 2018, by Boko Haram terrorists. While others were released by the terrorists following negotiations, Leah is still being held captive because she refused to renounce her Christian faith.

Rebecca Sharibu spoke in an interview with THE PUNCH at the headquarters of the Church of Christ in Nations in Jos during the second anniversary of the Arewa Christians and Indigenous Pastors Association.

At the ceremony, notable personalities and  the family of Leah Sharibu were given awards.

Mrs Sharibu said, “I am Rebecca Sharibu, mother of Leah Sharibu. I have only two children, Leah Sharibu and Donald Sharibu who is in SS1. My husband works in Yola as a civil servant but I am a primary schoolteacher in Dapchi. The absence of Leah has affected my life because we have always been feeling very bad.

“We have been feeling very bad and our lives have not been the same because of the absence of my daughter. My plea to President Muhammadu Buhari is that he should take action to bring back my daughter, Leah.

“My daughter has been taken and held captive since February 19, 2018. I have faced trauma since. But I had a dream last month (August) that my daughter was freed and she returned home. I was very happy and overjoyed that Leah came back, but only to wake up and realised that it was all a dream.

“That was my worst and saddest moment; I felt very bad and started crying again because it was a dream and not reality. I believe that one day and by God’s grace, Leah will be back.”

The woman also confirmed that the voice of the girl in the audiotape released recently by the Boko Haram sect was her daughter’s.

She said, “Yes, I can confirm that the audio voice that was released last time was the voice of my daughter, Leah Sharibu. We were at home and she was in school with her colleagues. We did not know what happened but only heard that Boko Haram members arrived at our place and abducted them.

“We went to the school the next day and saw nobody. The report we got was that their captors took away 110 students, including my daughter, Leah Sharibu.”