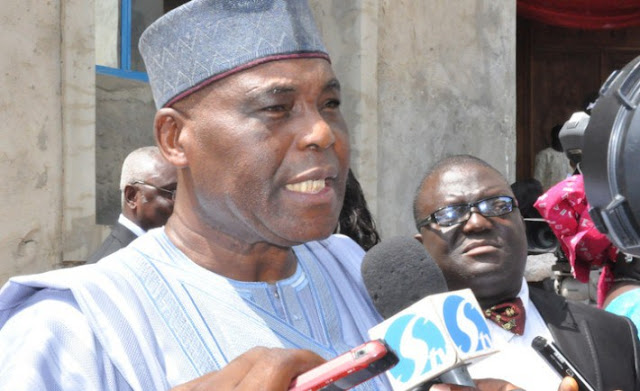 The FCT High Court, Abuja, yesterday adjourned until October 23, the N5bn defamation suit, instituted by Chief Raymond Dokpesi against the Minister of Information and Culture, Lai Mohammed, and Attorney-General of the Federation and Minister of Justice, Abubakar Malami (SAN).

According to Justice Adegboyega Adeniyi, the adjournment was to make room for Dokpesi to react to the preliminary objection raised by the two ministers on the Court’s jurisdiction over the matter.

Dokpesi, a chieftain of the Peoples Democratic Party (PDP) and chairman emeritus of DAAR Communications Plc, filed the suit on April 30.

He alleged that Mohammed and Malami defamed his character by the inclusion of his name on the treasury looters’ list.


At the resumed hearing on Monday, the plaintiff’s counsel, Ennaemeka Adasu, holding brief for Mike Ozekhome (SAN), informed the court that the matter was slated for hearing and all the five plaintiff’s witnesses were in court.

He, however, told the court that the defendants’ counsel only this morning in court, served the plaintiff with a notice of preliminary objection on the jurisdiction of the court to entertain the suit.

Adasu, who argued that the service on his client in court this morning was done in bad faith and in the circumstance, requested for an adjournment to enable him respond to the objection.

Justice Adegboyega Adeniyi upheld the plaintiff counsel’s submission and adjourned the case until October 23 for hearing of the preliminary objection.