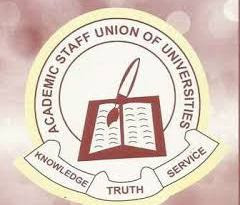 The Academic Staff Union of Universities on Thursday called on the Federal Government to effect the payment of N1.1tn which had been earmarked for the funding of public universities for the last six years.

The union also said it had commenced mobilisation of its members in all the zones for a strike which it said would begin soon.

Speaking during a press briefing in Jos, the Plateau State capital, the coordinator of ASUU, Bauchi Zone, Prof. Lawan Abubakar, also faulted the claim by the Minister of Finance, Zainab Ahmed, that the Federal Government had approved the release of N20bn to the union, saying the union did not collect grant from the government, thus, the money was for the universities.


“What will N20bn do for the 64 public universities in this country? What we want now is the N1.1tn. That is the amount that the government should release; not the N20bn,” Abubakar said.

Also, a dedicated revitalisation account was to be opened at the Central Bank of Nigeria by the Federal Government, and funds paid on a quarterly basis from which the universities would draw the funds.

But while frowning upon the refusal of the Federal Government to honour the agreement, Abubakar stated, “I cannot be definite on the date for the commencement of the strike action. We are still mobilising. We will submit a report on this mobilisation from the various zones and the national leadership will invite the National Executive Council that will now take that decision.

“The N20bn claim by the Minister of Finance was one of the conditions we gave and agreed upon with government in 2017 to suspend the strike then. And the government promised that it was going to release the N20bn in two weeks. That was in 2017, and here we are in September 2018. When the government sensed that we were mobilising our members to take action on those issues, including the N20bn, which was just a palliative, it decided to be political.”

The zone also said it was not comfortable with Wale Babalakin (SAN) as the leader of the government’s renegotiation team, alleging that Babalakin had been antagonistic of the process by being absent from meetings, among other things.

He added, “The kind of individual we want to head the government team must be a stakeholder in the Nigerian public university system and must be committed to solving the problems that we have in the university. With that and with a change in the personality that has such interest, we will simply come back to the table and continue with the renegotiation.”

Meanwhile, the coordinator of Port Harcourt Zone of the union, Uzo Onyebinama, has described the proposed education bank and tuition scheme by the Federal Government as a ploy to commercialise public university education and serve as an incentive for private universities in the country.

Speaking with journalists at the University of Port Harcourt on Thursday, Onyebinama explained that the scheme, if approved, would deny poor people access to higher education.

He added that the Federal Government’s introduction of the scheme into the renegotiation of the 2009 agreement process was an attempt to blackmail the union before the students.

He, therefore, called on the Federal Government to restart the renegotiation process by reconstituting the current government team and implementing the outstanding components of the 2017 Memorandum of Agreement, while imploring governors to tackle the issue of underfunding and desist from interfering in the administration of state universities.