APC reveals what will happen to Dogara for defecting to PDP 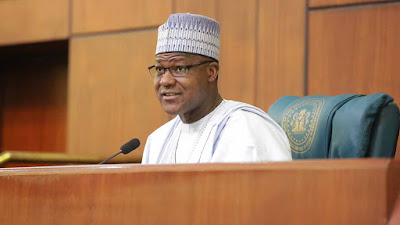 The ruling All Progressives Congress, APC, has told the Speaker of the House of Representatives, Yakubu Dogara, to resign from the office.


The party said Dogara must resign or be prepared to be forced out.

According to them, Dogara was already aware of the implications of his decision before embarking on it.

Nabena said, “It should be obvious to Dogara that his various anti-party activities have reached a final destination with his reported decision to leave the APC.

“He became Speaker because he was a member of our party, although, he has not formally told us of his defection, now that he is reported to have left, the right thing for him to do is to vacate the seat.”