9:34 AM Mystique 0 Latest News in Nigeria 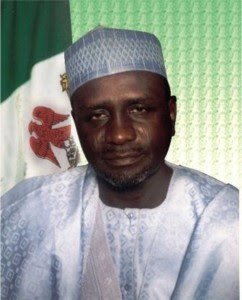 
Shekarau, in a statement after a condolence visit to the governor of Bayelsa State, Mr Seriake Dickson, on the death of his mother, at his Toru-Orua country home in Sagbama Local Government Area of the state,  said the number of aspirants in the opposition PDP, was a sign of hope, noting that what was important is how responsibly they conduct themselves and the business of their campaigns as a family.

Earlier, another PDP presidential aspirant and former governor of Kano State, Senator Rabiu Kwankwaso, who also paid a condolence visit to Governor Dickson, said his Kwankwasiyya Movement was a grassroots organisation with about 160,000 members in Bayelsa State alone.

Senator Kwankwaso also appealed to Governor Dickson to ensure that its members were accepted into the fold of the PDP.  He was accompanied on the visit by former Minister of State, Defence, Roland Oritsejafor.

In a brief remark, Governor Dickson said his family has become crusaders against the cancer scourge, which he noted has continued to ravage Niger Delta and the rest of the country.

He expressed appreciation for the support and encouragement from well-meaning organisations and individuals.