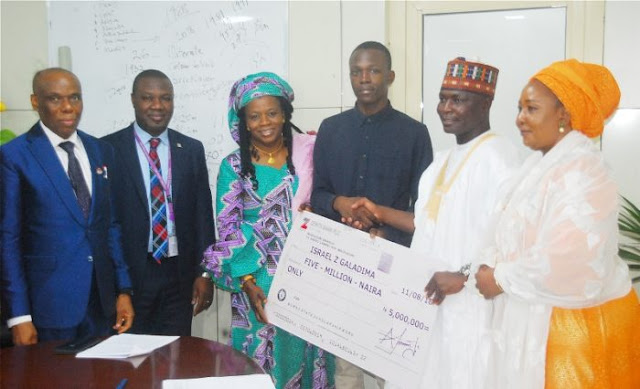 Israel Galadima, 17- year-old boy with highest score in the 2018 Unified Tertiary Matriculation Examination (UTME) has identified lack of focus, poor preparation, peer pressure and lack of concentration as some of the reasons that make students fail examination.

He said there was no substitute to hard work because according to him “hard work pays at the end of the day”, noting further that he prepared well and God blessed his effort.

“I think part of the problem is that some students lack the needed focus which is essential as they are distracted. There is the problem of poor preparation, while some don’t read. Some only read to pass the examination by cramming and once you twist the question they will be stranded and confused because they did not read to properly understand and internalize the knowledge of what they read.

“I am not saying that students should not play, no, but there is need to prioritize and know when to do what. I know of a student who would study hard and come out to play with others and his friends may not know he has read well before coming to join them”.

It would be recalled that out of the over 1.6 million candidates who took the 2018 UTME, Galadima, who hails from Borno State scored the highest, with 364 out of the 400 total score.
.
Governor of Borno State, Kashim Shettima, has already paid for his tuition at an award presentation at the Covenant University, Otta where he was represented by his Education Commissioner, Ahmed Jaha Babawo.