3:20 AM CuteNaija 0 Latest News in Nigeria 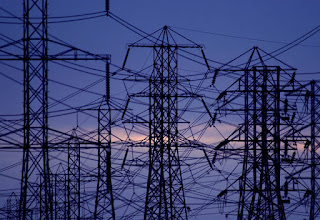 The blame game in the Nigerian Electricity Supply Industry (NESI) continued yesterday with the electricity Distribution Companies (DisCos) saying that the Transmission Company of Nigeria (TCN) maximum wheeling capacity is 4000Mw and not the 7,000mw that the Federal Government told the general public.

In a statement made available to journalists in Abuja yesterday, the. Association of Nigeria Electricity Distributors (ANED), said that: “TCN’s operationally tested capacity to transmit the energy that it receives remains at 5,300 MW. To date, TCN has only, on a one-time basis, evacuated or transmitted a peak energy of 4,577 MW (February 2nd, 2016). TCN’s capacity to transmit energy, daily, hovers within a range of 3,500 to 4,000 MW, with a predominance of transmission at the lower end of the range.”

The DisCos, which noted that they have a combined capacity of 6,288.96mw capacity, insisted that the position was confirmed in the load stress test that TCN’s System Operator (S.O.) conducted in 2015.

Deriding the government’s position on stranded 2,000mw, the DisCos said that since the figures cannot be reconciled, the stranded power is fictitious and there is no basis for investing N72billion on the evacuation of stranded 2,000mw.

The DiscOs said that “Using the aforementioned analogy of a car, it means that even if the car has enough fuel and is technically capable of traveling for 7,000 miles, it is limited by the availability of only 3,500 to 4,000 miles of road.

“The DisCos’ responsibility begins at the end of that road, for further distribution to the customers. In other words, the capacity to wheel any level of energy to be distributed by the DisCos is subject to the stability and availability of the transmission grid. Indeed, a DisCo experienced – over a six-month period – 2,000 recorded instances of transmission interface interruptions – interruptions that are replicated across all the DisCos.

“The DisCos have a capacity to offtake 6,288.96 MW, a determination that was made by TCN’s System Operator, in a load stress study that was conducted in 2015. Even if there is value in investing in distribution assets associated with the “stranded 2,000 MW,” the non-alignment of transmission capacity, the link between generation and distribution, would compromise such an investment.”

The statement had earlier noted that The premise or basis for the N72 billion investment, as proposed by the Ministry of Power, Works and Housing has been the need to evacuate the “stranded” 2,000 MW of electricity that is constrained by distribution network limitations.

The statement said that “First, while the sector has an estimated available capacity of 7,000 MW, of which, on a daily basis, 2,000 MW remains constrained by lack of gas (specifically, an average of 1,500 MW, given that 25 out of 28 of our generation plants are gas-powered thermal plants) caused by an inadequate and incomplete gas pipeline structure and the absence of a strong commercial framework that will spur gas exploration and sales; and the balance of 500 MW is limited by transmission line frequency challenges, transmission line limitations and hydro constraints. For simplicity, a good analogy of this situation is that of a car that can travel for 7,000 miles, but there is only enough fuel and good roads for it to go as far as 5,000 miles.”