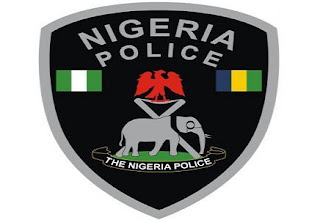 The police have alleged that the Premium Times Security reporter, Samuel Ogundipe, violated the Official Secret Act and the Cyber Crime Act, adding that he was also being tried for theft of classified document.


The Force insisted that Ogundipe’s action was “detrimental to national security,” noting that it could jeopardise peace and was capable of causing crisis in the country.

Ogundipe was arrested on Tuesday by the Special Anti-Robbery Squad operatives over the publication of the report of Police investigation into the invasion of the National Assembly by the Department of State Services, and a Kubwa magistrate court had ordered he be remanded in Police custody till August 20.

In a statement in Abuja on Thursday, the Force Spokesman, acting DCP Jimoh Moshood, also stated that the accused journalist had volunteered statements and he is standing trial.

It said, “The Force is categorically stating that Ogundipe is being investigated and prosecuted for the offences of theft and unlawful possession of restricted and classified documents inimical to State/National Security that can jeopardise peace, breakdown of law and order capable of precipitating crisis in the country.

“Ogundipe is also being investigated and prosecuted under other offences which violate Official Secret Act, Cyber Crime Act, and the Penal Code for which he has volunteered statements and is standing trial.”

Moshood stated that Ogundipe was arraigned in court in less than 24 hours of his arrest, adding that the police “as a law abiding organization will continue to ensure that the Rule of Law and its supremacy which are essentials of democracy prevail at all times.”

“The Nigeria Police Force and the media are veritable partners in ensuring peace, law and order in the country, but the Force will not compromise or allow an offender to go scot free or pervert the end of justice,” he added.

A coalition of civil society groups, #OurMumuDondo, had earlier in the morning stormed the force headquarters, Abuja to demand the release of the Premium Times reporter.

Led by popular musician, Charlie boy, the protesters insisted on the release of the reporter, noting that they would not leave until he is freed.

Another activist, Ralph Adebayo described the IG as “ignorant,” noting that “he has been transmitting confusion since he became the police boss, stumbling from one controversy to another.”

The convener, Concerned Nigerians, Deji Adeyanju said the group would continue to besiege the police headquarters daily until their demand is met.

Addressing the protesters, Moshood said the detention of the journalist was not a punishment, a claim that annoyed the campaigners who objected loudly.

Asked why Ogundipe’s bank account was frozen,the force spokesman said,
“It is part of investigation; We should try to educate ourselves. The Judges’ rule permit the police if an offence is committed in Abuja to go far to Lagos to get anywhere to get evidence in resolution of the matter.”