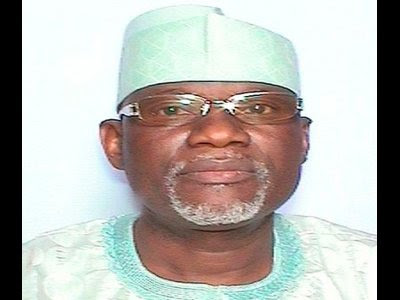 The Police are on the trail of a senator in connection with the probe into a N369 million deal.


The Police are considering declaring the senator wanted if he fails to show up.

The police on August 3 invited Hunkuyi and the Kaduna chapter Chairman of the Nigeria Labour Congress Mr. Adamu Ango for interaction in connection with the N369million failed project.

While Ango reported to the police, Hunkuyi has failed to appear before the IGP Tactical Squad, Force Headquarters in Abuja.

.A top police officer said yesterday: “In the last 27 days, we have been waiting for Sen. Hunkuyi.

“It has been difficult to track his location because his known phones, including a Benin Republic mobile line, had been switched off.

“The police may have no choice than to declare him wanted if he does not show up for interaction.

“All those mentioned in the case except the senator have appeared before the Police including the NLC leadership in Kaduna State and the Kaduna Geographical Information System (KADGIS).”

It was learnt that the affected senator and some of his colleagues have been seeking amicable settlement of the case before Hunkuyi’s appearance before the police.

One of the associates of the Senator said: “Hunkuyi is a reliable Nigerian, he is not dubious. It is a case of a business challenge which we are trying to resolve amicably.

“Some of Hunkuyi’s colleagues and political associates are reaching out to the complainant.”

A copy of the petition before the police gave insights into the deal.

The complainant said: Sometimes in late 2015 Senator Suleiman Hunkuyi requested a company to partner with his firm Sahel Technical Services Limited for the construction of a Shopping Complex on a parcel of land located on Independence Way, Kaduna otherwise known as Nigeria Labour House.

“As the exploratory discussions were ongoing on the partnership option, Senator Suleiman Hunkuyi also offered the remainder of the said parcel of land measuring approximately 3,007m2 to the complainant for the construction of a Filling Station.

“At the point of negotiation, Senator Suleiman Hunkuyi made some assurances and concluded the transactions. These assurances included but not limited to the fact that his company had purchased outright the entire parcel of land covered by Kaduna State Government Certificate of Occupancy No. 16066 and in support of that assertion, furnished unregistered copies of signed Power of Attorney, Deed of Assignment and Sale Agreement between Sahel Technical Services Limited and Nigeria Labour Congress Kaduna State Chapter.