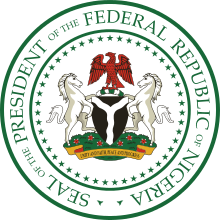 The Federal Government on Wednesday charged farmers and industrialists to repay the loans they took from banks following the new agricultural lending rate recently announced by the Central Bank of Nigeria.


Before the announcement of the new agricultural lending rate of nine per cent by the CBN, the Deposit Money Banks provided funds to farmers at 25 per cent to 30 per cent interest rate, a development that made it tough for farmers to access loans for agriculture.

The Minister of Agriculture and Rural Development, Audu Ogbeh, stated that the old lending rate to agriculture had stifled many businesses in the agricultural value chain, but noted that the new rate would impact positively on the sector.

He also said the Federal Ministry of Agriculture and Rural Development would partner the CBN, banks and farmers‘cooperatives to ensure that Nigerian farmers comply with the conditions put in place to access loans at the current rate, adding that those who borrowed must repay.

“This is especially as we intend to use the cooperatives to move agricultural credit to the most vulnerable segments of our population, mainly the women and the youths. We believe that under these conditions, our youths, women, big and small-scale farmers can now have access to credit to fulfil their dream and drive Nigeria towards self-sufficiency in food production.”

The minister lauded the CBN for listening to the pleas of Nigerians, particularly farmers, by bringing down the lending rate to agriculture to a single digit.