Our training colleges are of world-class standard - Nigeria police 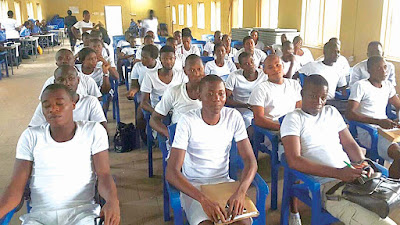 The Nigeria Police Force has said that its training institutions across the country were decent and of international standard.


A statement by the force spokesman, acting DCP Jimoh Moshood, said that the condition of its recruits was decent and also of standard.

“The attention of the Nigeria Police Force has been drawn to a video on social media about the condition of recruits in training at the Police College Ikeja,” he said.

Moshood said that the video was carefully studied and the event was discovered to have occurred about six years ago.

He said that the said video does not represent the recent conditions of the recruits in training at the police college in Ikeja as being speculated.

The spokesman said that the college has been renovated and the condition of recruits in training was decent and standardized.

“The Force, therefore, wants the public to disregard the content of the video in total as untrue, mischievous and fake news. (NAN)