Nuhu Ribadu, former chairman of the Economic and Financial Crimes Commission (EFCC), says Nigerian children will inherit failure and problems if corruption is not checked. 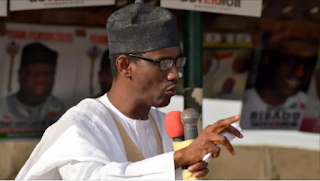 Ribadu said this in a chat with TheCable at the one year anniversary of the implementation of the whistleblower, a project by Corruption Anonymous (CORA).

The programme took place in Abuja on Thursday

He said for the country to succeed in the fight against corruption, there must be a synergy between government and the citizens.

“We are desperate, we have problems, we just need to make extra efforts, extra attention, extra everything for us to be able to say yes to so we can move forward.

“We have challenges, we have bad people fighting everywhere, we have killings. Unless we stop this corruption, ability for us get this resources that we have and use it maximally to address this type of problems.

“And the only we could stop it, take it from me, it’s if we stop stealing, if we stop people taking public money.”

He added that to achieve success in the anti-graft war, against there is a need for uniformity of purpose.

“What is corruption? It is just simple stealing. Stealing from the public. Stealing from our Commonwealth. Taking what ordinarily belongs to all of us that ought to be used for the good of all of us,” he said.

“In a short period of time, why are military all over the world succeeding? Why did we allow insurgency to remain for 10 years in our country?

“Why did Algeria stop it in one year? Why did Mali stop it in a year? Why did Pakistan stop it? Why not Nigeria? I am telling you it’s all about corruption. Corruption is the cancer that eats and destroys, -that makes you ineffective and makes you useless.

“Corruption will not allow you have the tools and equipment for you to use to get results like the rest of the other countries of the world are doing.”