Doyin Okupe, former Senior Special Assistant on Public Affairs to ex-President Goodluck Jonathan has said that the National Chairman of the All Progressives Congress, APC, Comrade Adams Oshiomhole, was acting like an undertaker. 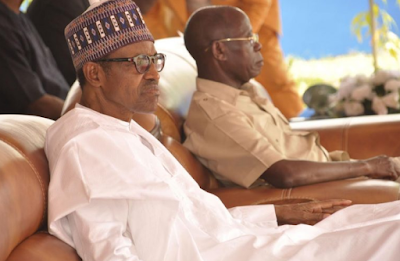 Okupe also noted that President Muhammadu Buhari had toed the line of former President, Olusegun Obasanjo in flouting the rule of law in the country.

The former presidential told Vangaurd that the ruling party was crumbling because they failed to learn from the mistakes of the Peoples Democratic Party, PDP.

According to him, “We Nigerians are not mature to understand that no matter how we love power, we must not destroy the system.

“The rule of law is sacrosanct and must be obeyed. Obasanjo disregarded the rule of law and Buhari is doing it. You don’t use the police and state agencies to fight political enemies.

“Whenever we decide to amend our constitution, we should include that if the Inspector General of Police, IGP, and service chiefs disregard the rule of law, petitions could be written against them and two-third of the national assembly could vote to remove them.

“That will make them to be neutral. The APC should learn from the mistakes of the PDP. That was why there was migration from PDP to APC in 2015. The elites of APC should have avoided that.

“They should acknowledge that the APC is crumbling and Oshiomhole and Lai Mohammed are saying they will not lose sleep over the defections.

“These people should be wiser. Oshiomhole behaves like an undertaker. He’s grandstanding and that is not the way to manage a party.

“APC house has broken and the elites are grandstanding. You don’t use ‘ gra-gra’ and intimidation, especially when elections are approaching.”