The Senior Pastor of Latter Rain Assembly, Tunde Bakare, has said that former President, Olusegun Obasanjo assembled the most competent economic team in Nigeria’s history but handed over Nigeria to “a legacy of lame and limping successor governments”. 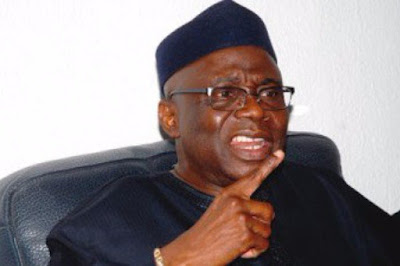 Bakare said this while delivering a lecture titled “Transforming Political Dynamics in Africa: The Role of the Diaspora” in Glasgow, Scotland.

The clergyman noted that the action by the Obasanjo’s administration “first sunk Nigeria into a constitutional crisis and then oversaw the plundering of the nation’s wealth in a free-for-all corruption jamboree.”

He, however, applauded the former President for his developmental strides recorded between May 1999 and March 2007 by the economic team, “comprising the likes of Dr. Ngozi Okonjo-Iweala; Dr. Oby Ezekwesili; Dr. Charles Chukwuma Soludo and Mallam Nasir El-Rufai, among others.”

Bakare described Obasanjo’s team as, “The most competent ever assembled by any government in Nigeria’s history till date.”

The clergyman also expressed dissatisfaction with what followed, stating that, “one would have thought that this brilliant team that oversaw the Nigerian dimension of ‘Africa Rising’ would be given priority in the succession plan of then President, Olusegun Obasanjo.

“Instead, after a botched third term agenda, the Obasanjo administration bequeathed to Nigeria a legacy of lame and limping successor governments that first sunk Nigeria into a constitutional crisis and then oversaw the plundering of the nation’s wealth in a free-for-all corruption jamboree,” he stated.

He said, “Unknown to many observers, in 2015, following the lifting of the embargo, I worked closely behind the scenes with the two leading candidates in the presidential elections at the time, then President Goodluck Jonathan of the PDP and General Muhammadu Buhari of the APC, towards ensuring that the election results were upheld and that the transition was smooth. I saw at close quarters how the fate of a nation could hang on a single decision.

“Therefore, believe me when I tell you that we escaped disintegration by the whiskers. Now, four years after that escape, our nation is once again headed on a collision course with probable instability unless the tensed atmosphere associated with our four-year electocratic insanity is managed with utmost wisdom.

“Once again, I have found myself in the inner workings of the chaotic political process and I can tell you that we live in precarious times. How long can our nation stand if we continue along this path? Is it not time to address the foundations once and for all?”