No extension of voter registration beyond Aug. 17 - INEC 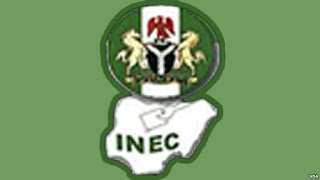 The Independent National Electoral Commission (INEC) says the Aug. 17 deadline for the Continuous Voter Registration (CVR) will not be extended.


The commission said the exercise would resume after the 2019 General Elections scheduled from Feb. 26 and March 2.

Mr Mohorret Bigun, Public Affairs Officer of INEC in Gombe told newsmen on Wednesday that the exercise
would henceforth include weekends and public holidays to allow for more people to register beginning from Aug.1.

He said INEC was not planning to extend the exercise beyond Aug. 17 as being anticipated in some quarters.

“ There will be no extension of ongoing registration beyond the Aug. 17 deadline. Those who are anticipating extension should go and
register.

“From Aug. 1, we are going to operate from 9 a.m. to 5 p.m. Monday to Sunday. This is to give room for those who are yet to turn up
for the exercise.

“We have been directed to suspend the registration of voters until the 2019 general elections are concluded,’’ Bigun said.

He said the commission decided to suspend the exercise till next year to enable it to produce the Permanent Voter Cards (PVCs)
for distribution.

“The commission would not want to deny anyone the right to vote; hence the need to suspend the exercise temporarily to prepare
for the general elections in 2019.’’

He appealed to those who were yet to register to take advantage of the adjustment in the timetable.