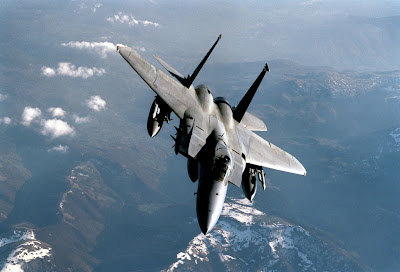 The Chief of the Air Staff (CAS), Air Marshal Sadique Abubakar, has appealed to the manufacturers of the A-29 Super Tucano Attack Aircraft, to expedite action on its delivery to Nigeria.

Abubakar said this when Mr Taco Gilbert, the Senior Vice – President of Sierra Nevada Corporation (SNC), manufacturer of the aircraft, visited him in Abuja.

The Air Force chief said a quick delivery of the aircraft would enhance Nigerian Air Force’s (NAF) operational capability for the swift conclusion of the counterinsurgency operations in the North- east.

The CAS commended the visiting delegation which included officials from the Office of Security Cooperation of the United States Embassy in Nigeria.

Abubakar expressed his delight at the US government’s support for the fight against insurgency with the signing of the contract to sell the Super Tucano Aircraft to Nigeria.

The air chief, however, noted that the major concern of the NAF was the time frame for delivery of the aircraft.

He expressed confidence that the counterinsurgency operations in the North- east could be executed more effectively, if the aircraft like the Super Tucano could be made available to the NAF in good time.

He noted that the light attack aircraft with its long range, precision munitions as well as day and night capability would boost counterinsurgency operations in the affected area.

He urged the company to expedite production so that at least two of the aircraft would be available to Nigeria within an earlier timeframe, to boost counterinsurgency operations.

Gilbert assured the CAS of the company’s determination to deliver quality aircraft capable of providing the needed impetus for NAF air operations.

He expressed the commitment of the company to provide adequate training for NAF’s air and ground crew to ensure effective and efficient operation of the aircraft.

The SNC Vice – President said that “the company looks forward to continued collaboration with NAF towards building a new air capability to address the security challenges in the country”.

Air Force’s (NAF) spokesman, Air Commodore Ibikunle Daramola, who issued a statement encapsulating discussions at the meeting said one of the highlights was the presentation of a model of the Super Tucano aircraft to the CAS.

The Nigerian government in February, 2018 placed an order for 12 Super Tucano aircraft at a cost of $496million. Delivery date is 2020.

The planes will be delivered along with Paveway 11 guided bombs, laser-guided rockets and infrared sensors.

The details were published late August last year in the US Federal Register, according to a report by the website: www.defenceweb.co.za.

The US Defence Security Cooperation Agency on August 3, 2017 announced the Foreign Military Sale of 12 A-29 Super Tucano aircraft, along with weapons, spares and training, to Nigeria in a contract that could be worth $593 million.

It listed these items as “major defence equipment” valued at $29 million, while the “other” component of the deal, for the Super Tucanos, sensors, training and support, is valued at $564 million.

The APKWS is a low cost semi-active laser guidance kit developed by BAE Systems, which is added to unguided 70 mm rockets, turning them into precision strike weapons.(NAN)