Nigeria must be restructured, Bakare insists 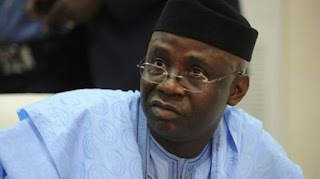 The Serving Overseer, Latter Rain Assembly, Pastor Tunde Bakare, has reiterated his call for the restructuring of the country, saying without it Nigeria might be on a collision course with instability.


The cleric said the country only escaped disintegration by whiskers in 2015 after the general elections because of the failure to address the country’s “fundamentals” before the elections.

He recalled that he had earlier warned that the 2015 general elections should be suspended so that the country’s “fundamentals” could first be addressed, but his call was unheeded.

Bakare said about four years after escaping disintegration “our nation is once again headed on a collision course with probable instability unless the tense atmosphere associated with our four-year electocratic insanity is managed with utmost wisdom.”

These were contained in the text of a lecture which Bakare delivered at Africa House, Scotland, United Kingdom on August 18.

The lecture, with the theme, “Transforming political dynamics in Africa: The role of the diaspora,” was organised by the African Forum Scotland; and the Association of Nigerians in Scotland.

He said he, however, lifted the “embargo”, paving the way for the conduct of the election, seeing that the stakeholders were insistent on having the elections.

The cleric said, “In January 2015, as the rest of the country eagerly prepared for elections, I warned the nation that proceeding to elections without addressing the fundamentals would plunge our country into chaos.

“To me, it was blindingly apparent that we were putting the cart before the horse. I called for a suspension of the elections by constitutional means, the creation of a transitional government of national unity, restructuring in the spirit of national reconciliation and integration, the conduct of an accurate census, the creation of a truly independent electoral umpire, and then the conduct of elections, in that order.

“Needless to state that my call was unheeded. At that point, standing on my authority as a watchman for the nation in the prophetic dimension, I placed an embargo on elections. In no time, the elections were suspended by the electoral body. Nevertheless, when stakeholders insisted on elections and were unwilling to take the path of wise counsel towards a stable transition, I lifted the embargo and warned the nation in the following words: If anyone thinks PDP’s loss is going to be APC’s gain, he or she should think twice, for after the polls APC’s pain may be PDP’s gain.”

Bakare said the recent defections had proven him right.

Under a sub-heading of the lecture, titled, “Nigeria and the age of leadership misfits/mistakes,” Bakare argued that the cabinet put together by former President Olusegun Obasanjo in 1999 was the best that the country had ever had.

He, however, regretted that Obasanjo did not give members of the team priority in his succession plan, but rather “bequeathed to Nigeria a legacy of lame and limping successor governments that first sunk Nigeria into a constitutional crisis and then oversaw the plundering of the nation’s wealth in a free-for-all corruption jamboree.”