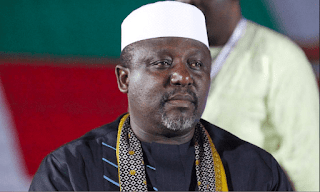 An Owerri-based human rights lawyer, Mr Frank Ugboma and others have dragged the Governor Okorocha-led Imo Government, State Attorney-General and the Ministry of Lands Survey and Urban Planning to court for alleged contempt.


Also joined as defendants in the suit marked HOW/328/2009 included Mr Simeon Iwunze, the former representative of Isiala Mbano in the Imo House of Assembly, and Owerri Capital Development Authority (OCDA).

The suit was instituted following an alleged disobedience of a court judgement delivered on Nov. 18, 2013 against the defendants.

The court awarded N1.5 million against the defendants for allegedly destroying the property of the claimants in July 2008.

Ugboma also alleged that the defendants defied a perpetual injunction, which restrained them or their cronies from effecting further damage to the claimants’ buildings.

He sought a court order directing the Commissioner of Police in the state to arrest Mr Simeon Iwunze, State Attorney-General,  Commissioner for Lands, Survey and Urban Planning and the Chairman of OCDA.

In an affidavit, deposed to by one Ngozi Kalu, the claimants said in spite of the Nov. 13, 2013 judgment, which awarded the land and damages in their favour, the defendants further trespassed on the land.

They allegedly damaged the perimeter fencing and other property in the land.

In the application, Ugboma stated:  “That a subsisting positive judgement of a court of competent jurisdiction remains binding until set aside.

“That in spite of service of form 48 on the contemnors, they have continued to disregard the order of judgement of this honourable court.

“That it is the duty of this honourable court to protect and enforce its subsisting order, otherwise the publics’ confidence in our courts will be eroded. ”