Reno Omokri, the former presidential Spokesman has reacted to a statement by the United States President, Donald Trump where he allegedly called President Muhammadu Buhari ‘lifeless’ 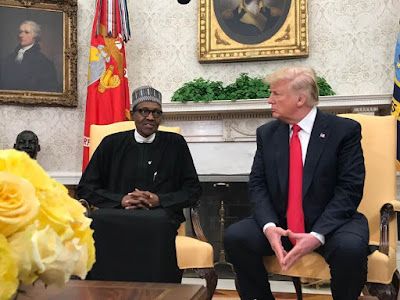 Trump made the statement shortly after a meeting between the two leaders on April 30, Financial Times reported on Monday.

Buhari, the first sub-Saharan Africa president to meet Trump since he was sworn in as the 45th American president, was in the US for bilateral talks.

The meeting, according to the Newspaper, ended with Trump saying he never wanted to meet someone as lifeless as Buhari again.

He, therefore, criticised APC for pushing Buhari for a second term.

“This is the same person @OfficialAPCNg is promoting for a second term? No wonder our economy is so lifeless that 10 million Nigerians lost their jobs! ”