The Chairman of the Independent National Electoral Commission, INEC, Prof Mahmoud Yakubu, has asked the Court of Appeal to quash the arrest order issued against him by the Federal High Court in Abuja on alleged disobedience to court orders. 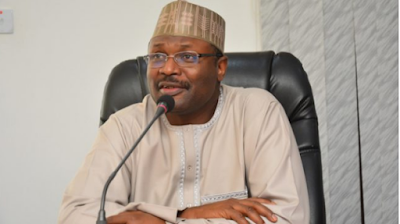 In a notice of appeal he filed through his lead counsel, Chief Adegboyega Awomolo SAN, the INEC chief claimed that Justice Pam acted in bad faith in the issuance of the arrest order because he had already filed a pending appeal against the order and the attention of the judge drawn to the appeal.

Among others, Yakubu claimed that up till date, no order was enrolled and served on him for his personal appearance in court as required by law.

He averred that the warrant of arrest against him was a nullity because none of the parties in the contempt case applied for issuance of bench warrant except the judge who did so on his own.

The INEC chief maintained that he had not disobeyed any court order because he was not present before the court when the alleged order directing his personal presence was made and that Justice Pam who issued the order has no jurisdiction to punish him for the alleged disobedience of court order committed ex-facie curie (outside the court).

Yakubu in the notice of appeal predicated on five grounds claimed that the Federal High Court Judge was wrong to be a judge of his own order allegedly not obeyed outside the face of the court.

He maintained that he was no longer a contemnor at the Federal High Court under the strength of his appeal lodged at the Court of Appeal challenging the justification of the contempt charge against him.

Besides, Yakubu asserted that Justice Pam committed a grave miscarriage of justice when he unilaterally struck out a motion on notice he filed on July 31 praying his court to adjourn the contempt charge against him pending the determination of his appeal on the contempt charge at the Court of Appeal.

He insisted that the trial court breached section 36 of the 1999 constitution by striking out his motion without hearing it, thereby denying him his right to fair hearing in the determination on merit of his application.

He, therefore, prayed the Court of Appeal for an order setting aside the entire ruling of Justice Pam delivered on August 1, during which a bench warrant for his arrest was issued.

Yakubu also prayed for an order of the appellate court remitting the contempt charge marked FHC/ABJ/CS/854/2015 back to the Chief Judge of the Federal High Court for reassignment to another judge of the court for hearing and determination of the matter, on the grounds that Justice Pam had exhibited patent bias against him in his handling of the matter.

Respondents in the notice of appeal are Ejike Oguebego and Chuks Okoye, Chairman and legal adviser respectively of the Peoples Democratic Party (PDP) Anambra State, who instituted the contempt charge for themselves and on behalf of other members of the Executive Committee of the party in the state.

Justice Pam had on Wednesday issued a bench warrant against the INEC chief following his failure to appear before the court on three occasions to defend himself in the contempt charge brought against him by the Anambra State PDP.

Specifically, Yakubu was dragged before the Federal High Court for disregarding the judgment of the Supreme Court delivered in 2014 which ordered INEC to recognized Ejike Oguebego-led executive as the authentic leadership of PDP in Anambra State.

No date has yet been fixed for hearing of the appeal.