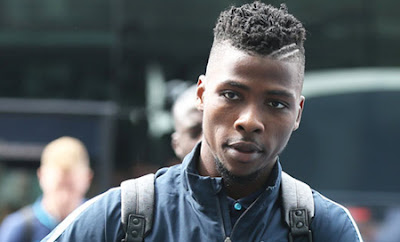 Leicester City striker Kelechi Iheanacho has said he is excited ahead of the first Premier League game of the season against Manchester United.


The 21-year-old is likely to start next Friday’s tie; with England international Jamie Vardy – who returns to Leicester a week before the fixture – expected to be rested.

Iheanacho, who scored three Premier League goals in an injury-hit debut campaign with the Foxes, has vowed to make his mark on the team, should he be picked by manager Claude Puel.

“I am happy to get two goals in pre-season games. As a player if you have an opportunity you have to take it,” the Nigeria international told The Mirror.

“If I am chosen for the game against United I have to keep my goal-scoring record and work hard for the team and see how it goes.

“Everyone would be happy to play the first game of the season. I would like to be part of it and am looking forward to it. I think it is going to be a big season for the whole team and we are in good shape now.

“Last season it was a bit difficult coming back from injury and trying to get the same fitness level as the guys.

“Sometimes things don’t go the way you want. But it is looking good this season. I am injury-free and will keep working hard and am looking forward to the games.”

Iheanacho appeared in all three group stage games before Nigeria were knocked out of the 2018 World Cup in Russia.