I am not desperate to be president of Nigeria – Atiku 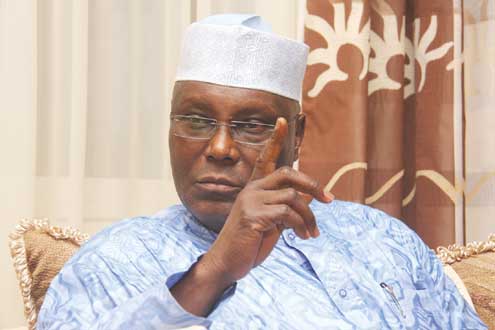 Former Vice President Atiku Abubakar said on Tuesday he is not desperate to be President of the country.

Atiku, who reiterated that he would not leave the Peoples Democratic Party (PDP) even if he fails to secure the party’s presidential ticket, said he would have become President in 1993 if he was desperate.

Speaking to journalists after meeting with the Bénin Monarch, Oba Ewuare II, as part of his nationwide consultation, Atiku said he stepped down for the late Chief Moshood Abiola because of the interest in the country.

He said: “What do you expect my critics to say? I can contest as many times as I want. I am fit and qualified and I still have ideas to put this country on the right path. What is wrong in trying again and again?

The Bénin monarch has said he would always pray to God and his ancestors for emergence of leaders that would cater for the poor.

He urged politicians to tackle security challenges in the country, saying Nigeria would remain underdeveloped if security matters are not thoroughly handled.