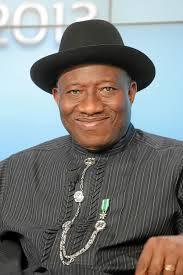 The former military leader made the disclosure at the 2018 Annual General Conference of the Nigerian Bar Association, NBA, yesterday.

Abdulsalami said that the genesis of Africa’s political problems was “the action of its sit-tight leaders, who amend the constitution in order to perpetuate themselves.”

“These leaders have the tendency to manipulate very vital democratic organs, particularly the legislature and, sometimes, the judiciary, to suppress any dissenting voice.

“Despite all these, Africa is now harvesting an influx of leaders and politicians. The young people who are emerging are more educated and internationally exposed than the current old leaders we have all over Africa.

“And these young men and women are trying to make their marks. However, as you know, they are hampered by the high cost of electioneering in developing countries and, indeed, the world,” he said.

He gave credit to Jonathan for not only conceding defeat, but for congratulating President Muhammadu Buhari who was a candidate of the opposition party.

He added, “All analyses of political trend in the run up to Nigeria’s 2015 general elections pointed to above scenario playing out. Very early on, I teamed up with some well-meaning non-partisan stakeholders and elder statesmen to engage the key contestants and party leaders with a view to forestalling such a scenario.

“Under the auspices of a peace initiative, we brokered an agreement with leading contestants, in form of a Memorandum of Understanding, for them to accept the outcome of the elections, preach cordiality in relations and conduct peaceful campaigns.

“It is gratifying to note that, courtesy of our humble effort and the goodwill extended to it by the contestants and the Nigerian public, the 2015 national elections were conducted peacefully.”

“To his eternal credit, the then incumbent President Goodluck Jonathan, who lost the polls had the magnanimity to concede defeat and congratulate the candidate of the opposition party. In the end, peace, amity and political stability prevailed in the land.”