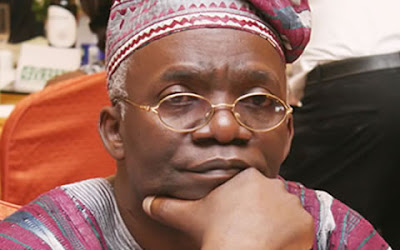 
Falana warned that the ongoing re-organisation of the SARS will fail unless citizens are mobilized and empowered by the government, the Nigerian Bar Association and human rights community to enforce their rights.

He recommended the prosecution of indicted SARS operatives, amendment of the Sheriff and Civil Process Act, greater use of the Administration of Criminal Justice Act (ACJA) 2015 among others.

He noted that the ACJA, in particular, if implemented, “can put an end to the atrocities of the SARS and other law enforcement agencies.”

The lawyer made the recommendations in a paper titled ‘How citizens can curb the excesses of SARS’.

According to a statement signed by his spokesperson, Laolu Akande, the decision was sequel to complaints and reports on the activities of the SARS.

Falana commended the Acting President for the directive, but urged the police to ensure that all indicted police officers are prosecuted and made to pay part of the damages awarded by the courts to victims of police brutality.

He also commended the organisers of the #ENDSARS campaign “for forcing the Inspector-General of Police to embark on the reform of the SARS.”

He said: “This must be complimented by the determination of the federal and state Attorneys-General to give fiat to victims of police brutality to enforce judgment debts awarded by the courts against the Nigeria Police Force.

“Furthermore, members of the armed forces should be removed from the SARS since it is the constitutional responsibility of the police to maintain law and order in a democratic society.

“At the same time, the police personnel in the reconstituted SARS should be well trained, well-motivated and well equipped to deal with dangerous crimes in the society. In addition, the teaching of basic human rights ought to be made compulsory in the police academy and similar institutions.”

The lawyer noted that it was the duty of state governments which fund the operations of the SARS is to monitor its activities and prevent it from violating the rights of the people in each state of the Federation.


He also demanded that the National Human Rights Commission (NHRC) and the Office of the Public Defender (OPD) in each state should ensure that the excesses of law enforcement agencies are curbed.

According to him, the Nigerian Bar Association and the human rights community should embark on mass enlightenment of the Nigerian with respect to the fundamental rights enshrined in the Constitution. They should also educate citizens on their basic rights under the Administration of Criminal Justice Act, 2015 and Anti Torture Act, 2017.”

Falana noted that in 2014, he received many complaints pertaining to alleged disappearances of scores of armed robbery suspects in police custody.

He said: “In the course of investigating the complaints our law firm found that not less than 532 armed robbery and kidnap suspects were arrested, detained and paraded at crowded press conferences addressed by police commissioners in all the states of the federation. To my utter dismay, majority of the suspects were illegally executed by the operatives of the SARS!”

He advised the relations and friends of any suspect killed in police custody to press charges against the culprits.

“Where the identity of the culprits is not disclosed an inquest should be conducted to identify them with a view to prosecuting them. The government should also be made to pay compensation to the family members of suspects who are killed illegally in police custody,” Falana added.

He called on the National Assembly to repeal Section 84 of the Sheriff and Civil Process Act which provides that a judgment creditor cannot garnishee the accounts of a public institution without seeking and obtaining the fiat of Attorneys-General.”