A+ A-
Print Email
The Economic and Financial Crimes Commission (EFCC) on Monday filed charges at an Ikeja high court against Albert Bassey, a serving senator, for allegedly receiving 12 cars as bribes worth N254 million. 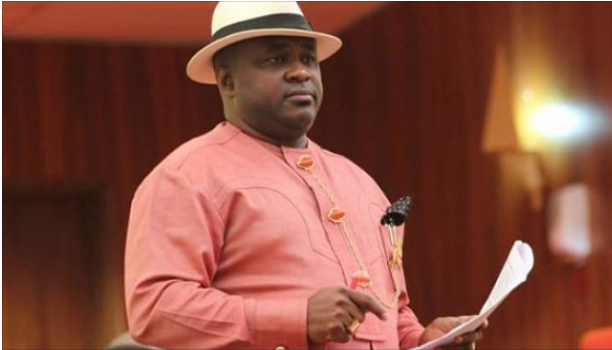 Bassey, 45, who is representing Akwa-Ibom north-east, allegedly received the vehicles between 2010 and 2014 from Olajide Omokore, a businessman, when he (Bassey) served as the Akwa-Ibom commissioner for finance.

The senator is to face a seven-count charge bordering on corruption as a public officer and for inviting bribes.

On his part, Omokore is also facing a seven-count charge bordering on offering gratification to a public officer and giving bribe on account of the action of a public officer.

According to NAN, both men were absent in court on Monday when the case was announced for mention.

Zainab Ettu, prosecuting counsel for the EFCC, requested a new court date to enable the anti-graft commission arraign the senator and the businessman.

“We do not have the defendants in court today, though we had earlier anticipated that we would have them in court at a later date,” she said.

“We will be asking for a further date, most preferably, after vacation.”

Responding, the vacation judge, Obafemi Adamson, said the case had not been assigned to a judge, making it difficult to adjourn.

The judge ordered that the case file should be sent to the registry of the high court for assignment to a judge who will hear it.

According to the charge sheet, Bassey received the vehicles from Omokore over a five-year period in Lagos.

Bassey allegedly received the bribes while serving as the Akwa-Ibom commissioner for finance and chairman of the Akwa-Ibom State Inter-Ministerial Direct Labour Coordinating Committee (IMDLCC).

The anti-graft commission claimed that the car gifts were given to Bassey by Omokore in exchange for contracts from the Akwa-Ibom government.