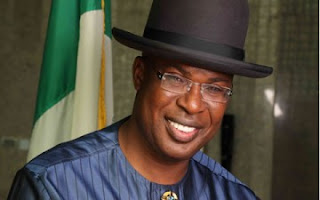 A former Governor of Bayelsa State, Timipre Sylva, has said those defecting from one party to the other need “psychiatric evaluation”, an online newspaper.


Sylva was quoted as saying this while reacting to rumours that he had moved from the All Progressives Congress to the Peoples Democratic Party.

In a statement issued by his spokesman, Julius Bokoru, the ex-governor blamed the report on the PDP-led administration in the state.

Sylva was elected as governor under the PDP but later defected to the APC where he lost another governorship bid in 2016.

He said he remained “firmly” in the APC and urged those behind the rumour to “wake up.”

The statement read, “While ordinarily, such rumours are laughable at best and preposterous at worst, Sylva wishes to state (for the sake of his supporters) that he remains firmly a member and chieftain of the All Progressives Congress, a party he pioneered in Bayelsa State and a party he believes is steering the country out of the shackles of mediocrity and under-development.”

“Sylva is at a loss what purpose this baseless rumour is meant to serve. But you cannot put anything past the demented PDP government in Bayelsa state.