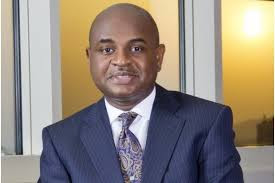 Professor Kingsley Moghalu has said he will continue to hold townhall meetings to engage directly with the Nigerian people, including at the grassroots, even after he becomes President in 2019. He said he will not only be sending a representative.


He made this known during a seminar he conducted on “The Nexus between Youth Civic Participation and National Development” on August 2, 2018 at the Julius Berger Hall, University of Lagos, to engage students and volunteers for his “To Build A Nation” (TBAN) movement.

Moghalu made a case for inclusive participation in the political affairs of the country, as he said, “Politics matters! It decides who decides your destiny. The government of the day decides the state of healthcare, provision of jobs, and security of the lives of citizens and property.”

The presidential aspirant on the platform of the Young Progressive Party (YPP), stated that it is “the collective task of all citizens to rescue Nigeria from political tyrants in 2019.” Furthermore, he added that 2019 is not just an election but an historic choice — “a choice between recycled politicians and inclusive government of newbreed, visionary leaders and young people.”

Earlier in the day, the former Deputy Governor of Central Bank of Nigeria gave a remarkable charge that saw the audience respond in uproarious applause at the National Young Leaders Summit 2018 in honour of Comrade Ahmed Ojikutu’s 40th birthday celebrations.

Speaking on the current on-going mass defections, Moghalu said “politicians are going into a political grazing reserve and we will lock the door behind them. Their movements are not done with the interest of the common man but for selfish reasons.”

The former United Nations (UN) official said the youths will decide the destiny of Nigeria come 2019. He said the instruments to effect that change is the Permanent Voters Card (PVC) and voting carefully.