A Federal High Court sitting in Abuja, on Thursday ordered the Economic and Financial Crimes Commission (EFCC), to appear before it over the freezing of the Benue Government account. 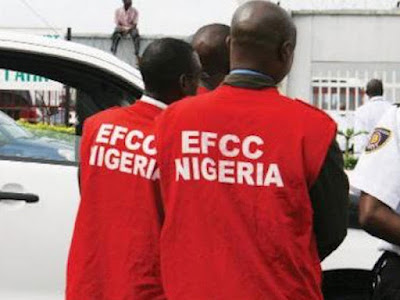 NAN reports that the vacation judge, Justice Babatunde Quadri, gave the order after listening to submissions by counsel to the Benue Government, Mr Emeka Etiaba (SAN).

The court further directed the state government to serve all the relevant processes in the suit on the EFFC and other respondents before the next adjourned date.

Etiaba said the suit was filed in Makurdi, but he secured leave of court for the matter to be heard by a vacation court due to its urgent nature and since there was no vacation court in Makurdi.

Etiaba prayed the court to issue a preservative order restraining the EFCC from investigating the accounts of the state under any guise.

This, he said, was particularly without due authorisation of the Benue House of Assembly in line with Sections 128 and 129 of the Constitution.

The plaintiff also wants the court to determine among others:

“Whether by virtue of Sections 6, 7 and 38(1) of the EFCC Act 2004 or any other law, the EFCC or any other body has the power to investigate or inquire into the accounts of Benue Government.

“Upon favourable determination of the questions, the plaintiff is seeking a declaration that by the provisions of Sections 6, 7 and 38(1) of the EFCC Act and any other law, the EFCC or any other body does not have the power to inquire into the accounts of Benue Government.

The plaintiff also wants an order of perpetual injunction restraining the defendants from surrendering or sharing their powers of control over public funds of Benue as provided under Sections 128 and 129 of the Constitution to any other body, authority or person.

The matter was adjourned until Aug. 14 for hearing.