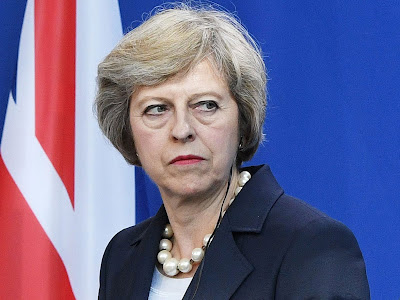 British Prime Minister Theresa May will visit Abuja and Lagos tomorrow as part of a three-nation African tour.


She will fly into the federal capital from South Africa and move to Lagos where she is due to meet with victims of modern slavery during her three-hour stay in the nation’s commercial hub.

She will discuss trade – the main objective of her African visit – with President Muhammadu Buhari in Abuja as well as security.

In Lagos, she will be hosted by Governor Akinwunmi Ambode, who in July hosted French President Emmanuel Macron.

Mrs May is on a trade mission in an attempt to bolster Britain’s post-Brexit fortunes. This is her first visit to Africa since she became Prime Minister in 2016. She will be accompanied by a 29-man business delegation as part of her efforts to “deepen and strengthen” partnerships around the world as the UK prepares to leave the European Union (EU) next year. She will round off her continental tour in Kenya.

Security is featuring on her agenda, with the threat of Boko Haram in Nigeria and elsewhere in West Africa and the work of British troops in Kenya to help countries fight al-Shabaab militants in Somalia under consideration.

Mrs May’s visit to Nairobi will mark the first by a British prime minister to Kenya since Margaret Thatcher in 1988.

It is also the first to Africa by a British PM since David Cameron in 2013 for Nelson Mandela’s memorial service.