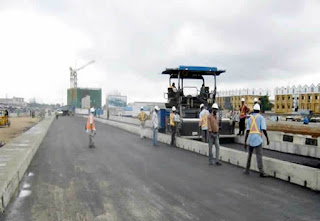 The Governor of Lagos State, Akinwunmi Ambode, has commissioned the expansion of the truck terminal at Orile-Iganmu to take off trucks parked indiscriminately on roads and bridges in the state.


Ambode said on Sunday that the expansion of the terminal was one of the resolutions reached at a recent meeting with stakeholders on a way to resolve the gridlock in Apapa.

The governor assured residents that work would be accelerated on the 1,000-capacity terminal.

He said, “We will do this in collaboration with the Nigerian Ports Authority so that the call-up system can work efficiently. The expansion we are adding to this terminal is  primarily for non-petroleum trucks, so that we can sectionalise these trucks and allow the call-up system to work.

“This is just part of the efforts to make sure that Apapa gridlock and the truck menace become a thing of the past.”

Ambode said the state government had concluded plans to also utilise an expanse of land in the Ijanikin area with a capacity to accommodate no fewer than 5,000 trucks.

While appealing to Lagosians for their understanding, the governor said within eight weeks, the terminal in Orile-Iganmu would be ready.

Ambode said aside from the expansion of the terminal, the commitment by the Federal Government to commence the reconstruction of the Apapa-Oshodi Expressway was on course with the approval of N72.9bn for the project.