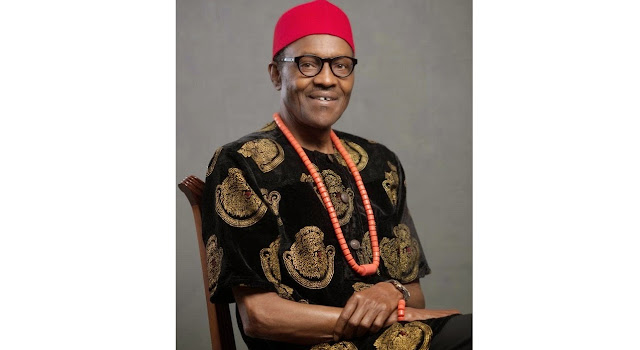 Governor Rochas Okorocha has said that the elite in the nation’s politics are not comfortable with President Muhammadu Buhari and have therefore ganged up against him, adding that the President has done nothing wrong except that the elite, for fear of molestations for corrupt practices or for their continued marginalization of the ordinary people, have risen against him.


The governor said, President Buhari believes in the masses and also believes strongly that the wealth of the nation must be managed so that the masses could benefit from it, stating that for these reasons, there is at the moment a calculated elitist conspiracy against the President, and they are doing that for their selfish reasons.

The governor who spoke at a meeting of South-East APC Women and Youth leaders FOR BUHARI, weekend, at the Government House Owerri, added that Nigerians must rise and support President Buhari because he has done well and stands by the truth and does not also believe in the primitive accumulation of wealth.

He words “Having realized that our voting powers lie on the youths and women, we want to make them vital instruments for the pursuit of this expected victory for President Buhari come 2019.

And why the Igbos should and would support the person of Muhammadu Buhari and understand what the name Buhari actually means because there has been a lot of misrepresentations and misunderstanding of the person of Buhari”. He continued “The political jobbers have tended to give him all types of interpretations but the truth remains that President Buhari is a good man, a leader and a man who stands by the truth and is not a man who believes in the primitive accumulation of wealth”. He stated “In the election of 2015, Igbo never gave him the support he deserved.

We were the least in the Six geo-political zones in the support for Buhari in 2015 and that has left a political vacuum for ndi Igbo both locally and at the centre. So, we want to correct that story and change the narratives that Igbo do not hate Buhari but actually love him. Igbo this time around will support President Buhari”. According to him “A victory for PMB is a victory for ndi Igbo and we shall not be found wanting in the political equation of Nigeria anytime, any day. Our bad politics in 2015 left a very big gap yet to be filled and we must fill it.

To do so, the youths and women must take up their responsibilities if this journey must be completed”. The governor noted that “Igbo play a major role in the unity of this nation.

And as long as there is peace in Igbo land, Nigeria will remain an indivisible entity because there is no nook and cranny of the nation you will go without finding an Igbo man. So if you ask, who is a true Nigerian, it is the Igbo man”.