Three Nigerians made the list of 2018 10 richest black people in the World. 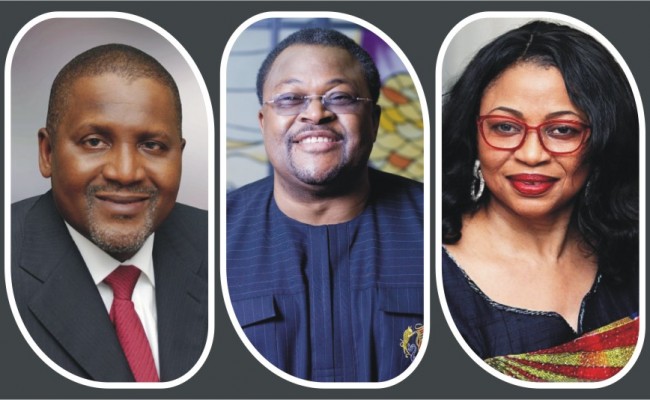 In the current list released by Forbes, the Nigerians came first, third and eighth, respectively, among the richest black people.

1. Dangote is not only Africa’s richest man, he’s also the richest black person in the world.

Dangote built his fortune trading in cement, sugar and flour but subsequently ventured into manufacturing these commodities. His Dangote Cement is the largest cement producer in Africa with operations in several African countries. In January he announced plans to establish a$100million truck manufacturing facility in Lagos in partnership with SINOTRUK, a Chinese firm.

2. Saudi Arabian Mohammed Al-Amoudi, who is worth $8.4billion, is the second person on the list of black’s richest persons.

Mohammed Al-Amoudi is also one of the richest men in the Arab world. His mother was Ethiopian and he has been investing heavily in the African country for many years.

3. Nigeria’s Mike Adenuga is worth $6.1billion. In October 2017, Adenuga was conferred with the Ghanaian national award of ‘Companion Of The Star of Ghana’, the highest national honors in Ghana on account of his extensive investments in the West African country.

He is one of the largest owners of residential and commercial property in Ghana.

4. The Oldest daughter of Angolan outgoing President, Isabel Dos Santos is the 4th on the list.

Isabel, who is currently Africa’s richest woman is worth $3.1billion.

She owns a significant stake in Unitel, the country’s largest mobile phone network, and a stake in Banco BIC.

5. America’s Oprah Winfrey, worth $3billion, is the 5th person on the list.

Oprah is still the richest African-American person in the world.

Her once struggling cable channel, OWN (Oprah Winfrey Network) is now cash flow positive and is enjoying soaring ratings on the back of a series of successful sitcom and drama collaborations with director Tyler Perry.