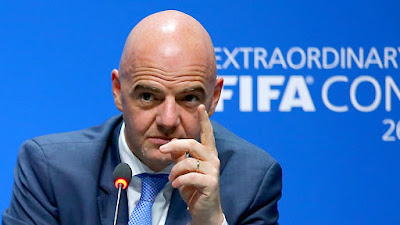 FIFA on Wednesday decided to ask national broadcasters and its own television production team to start showing fewer images of attractive women in World Cup stadiums on future broadcasts.

Monitors identified sexist incidents, including fans harassing female broadcasters, as having been a bigger problem so far than acts of racism.

Fans harassing female broadcasters while they worked are among about 30 cases of “sexism on the streets” reported to FIFA by the Fare Network.

Analysing the World Cup’s issues at a briefing on Wednesday, the head of FIFA’s diversity programme also acknowledged wanting fewer images of attractive women in stadiums to be shown on future broadcasts.

Racism was predicted to be the main World Cup problem because of longstanding issues in Russian soccer and other European fan bases. Instead, soccer’s treatment of female media workers and fans led to heated debate.

Fare director, Piara Powar, said about half of those reported incidents involved female broadcasters being “accosted while on air.” He estimated up to 10 times more unreported cases where Russian women were targeted.