Why we arrested Borno guber aspirant at Atiku‘s event – Police


The Borno State Police Command on Friday said it arrested a governorship aspirant in Borno State, Alhaji Grema Terrab, over allegations of murder and inciting disturbances. 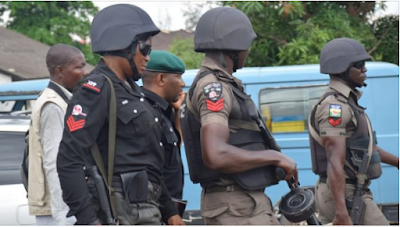 Terrab was apprehended on Tuesday by SARS personnel at an event attended by former Vice President, Atiku Abubakar.

However, the Commissioner of Police, Mr Damian Chukwu, in a statement obtained by NAN on Friday in Maiduguri, said the arrest was necessitated by the murder and other allegations against the politician.

Chukwu said “The command wishes to state categorically that while it is true that one Alhaji Grema Terrab has been arrested over his role in the offences of culpable homicide, inciting disturbances and sundry other offences, which occurred at his residence on 15th April, 2018, most of the claims in the report under reference are false in its entirety.

“It is worthy of note that Terrab, on 15th April, 2018, organised a political event at his residential quarters, contrary to security advice by the police.

“Expectedly, the meeting attracted large crowd of people. In the course of the event, and right inside his residential premises, one Maina Mustapha Babagana, a 20-year-old welder, was stabbed to death by persons present at the event,” he said.

Chukwu explained that contrary to speculations, Terrab did not present himself to the police to report the incident.

He said that the politician also refused to honour series of invitations extended to him by the police, but went into hiding.

The commissioner added that the police subsequently declared the politician wanted after due processes.

According to him, the police evacuated the corpse at the politician’s resident and invited those present at the scene of the crime for questioning.

Chukwu confirmed that Terrab was arrested by the police on July 17, during a political visit by former Vice President Atiku Abubakar in Maiduguri.

He noted that the suspect had been charged to court, and assured of police commitment to be non-partisan, neutral, fair and just in the discharge of their duties.