Nigeria’s Ambassador to the Netherlands, Oji Ngofa, has said that the decision of the International Criminal Court to invite only President Muhammadu Buhari from among world leaders to the 20th anniversary of the Rome Statute of the Court was an indication of the high respect the court has for the country. 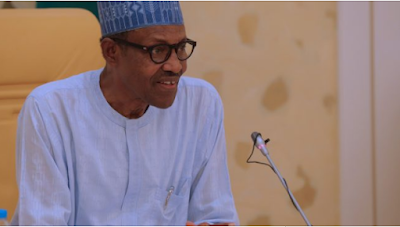 Ngofa said this in an interview with journalists in The Hague.

He expressed the belief that Buhari’s visit will be an opportunity to show Nigeria’s appreciation for the honour done to the country by electing a Nigerian as President of the Court.

He explained that Nigeria has always been a strong pillar of support to the ICC, especially in Africa, since the adoption of the Rome Statute establishing the Court on July 17, 1998.

The envoy said, ‘‘As the only Head of State invited to this milestone event by the Court, that is indicative of the high regard in which Nigeria is held.

‘‘Nigeria has always been a strong pillar of support to the ICC especially in Africa, in the last 20 years, and this visit shows that this support is recognised and appreciated.

‘‘Whilst there have been some criticism of the Court, President Buhari believes that its work is vital to preventing impunity worldwide, and ensuring accountability for perpetrators of the most serious crimes.

‘‘I am certain that this visit will reassure the ICC that Nigeria remains a strong advocate of the ideals of the Rome Statute.

‘‘The President of the Court, Judge Chile Eboe-Osuji is a distinguished Nigerian jurist.

‘‘His election as President by his peers in March 2018 indicates that his cerebral and leadership traits have not gone unnoticed,’’ he said.