Three things we learned today at the World Cup 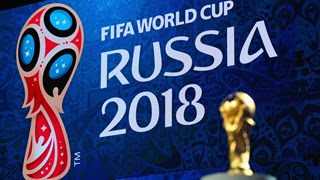 Brazil and Belgium set up a blockbuster World Cup quarter-final meeting on Monday, but in very different styles as the Europeans narrowly avoided a huge shock at the hands of Japan.

In contrast, the five-time winners continue to ease through the gears and again did enough to beat Mexico 2-0 without hitting top form thanks to second-half goals from Neymar and Roberto Firmino.

Belgium, meanwhile, scored three times in the final 21 minutes to come from 2-0 down in Rostov thanks to some inspired changes by coach Roberto Martinez.


Here are three things we learned today at the World Cup.

They may not have hit their free-flowing stride going forward yet, but Brazil are gaining momentum and have still conceded just once in Russia.

Even that goal conceded against Switzerland in their opening game was a controversial one as Miranda was pushed by Steven Zuber but VAR didn’t intervene much to the chagrin of the Brazilian football federation, who launched an official complaint to FIFA.

Miranda and Thiago Silva were again imperious at the back, while first-choice full-backs Marcelo and Danilo could be fit to return for a much tougher defensive test against Belgium on Friday.

Real Madrid’s Casemiro will be missed due to suspension, but boasting arguably the best squad in the tournament, Brazil have a ready made replacement to screen the back four in Fernandinho of Manchester City.

The appointment of Martinez to lead Belgium’s golden generation fresh from being sacked by Everton two years ago was a surprise one.

Despite cruising through qualification, Martinez hasn’t always had an easy ride from a Belgian public unhappy with his treatment of discarded midfielder Radja Nainggolan, or even from his own players as Kevin De Bruyne criticised his tactics in a 3-3 friendly draw with Mexico in November.

However, with his side trailing 2-0 and seemingly crashing out of the World Cup in a huge shock, Martinez reacted just in time to save Belgium’s chances of lifting the World Cup for the first time.

The Spaniard sacrificed some of his own principles for playing beautiful football by introducing Marouane Fellaini and Nacer Chadli from the bench to bully the Japanese defence with more balls into the box and the plan worked to perfection.

After Jan Vertonghen’s fortunate effort got the Red Devils back in the game, Fellaini powered home an equaliser.

And with the last attack of the match, Belgium swept forward from a Japan corner and Chadli applied the finishing touch to a stirring comeback.

The world’s most expensive player is edging back towards his best after missing the final three-and-a-half months of the club season due to injury as he scored his second goal of the tournament and set up Firmino’s late tap-in.

However, in keeping with a series of performances blighted by dramatic playacting in the group stage, Neymar again won himself few friends in Samara by rolling around when gently stepped on by Miguel Layun.

VAR decided against any punishment for Layun, but Neymar also escaped without seeing a yellow card for simulation that would have seen him banned for the quarter-finals.