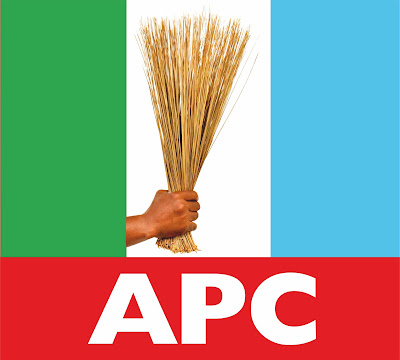 The All Progressives Congress (APC) has accused some of its members who last week announced the formation of the Reformed-APC of committing “several criminal infractions” likely to give “rise to civil injury” against the party.

It also accused the R- APC of, among others, “coup plotting, impersonation and fraudulent misrepresentation” likely to “breach the public peace and breach of trademark and infringement of copyright”.

The ruling party asked the legally authorised bodies to take action against those who committed the alleged infractions.

In a statement by its Legal Adviser, Babatunde Ogala, the APC vowed to protect its name through the appropriate legal means, adding that the action of the Buba Galadima-led members will not go unchallenged.

The party described those trying to dismember it as exhibiting “manifest desperation of a few overlords who consider every segment of Nigeria their personal property”.

The party also accused the “rebellious members” of violating the Electoral Act amd the guidelines for registration of political parties by the Independent National Electoral Commission (INEC).

It added: “The government of President Muhammad Buhari and the leadership of our great party are committed to winning the battle for the soul of Nigeria, securing it from further pillaging by these rent seekers and deliver the dividends of democracy to all Nigerians without regards for tribe, religion and social status.

“This requires us to cleanse our political process of people who have become accustomed to brigandage and being unruly. Politics and leadership are enterprises that should summon the best in us not expose the worst in us. Let those who are in doubt hear this, APC under the current leadership will work with the leadership of President Muhammadu Buhari to sanitise our political space and we will start with Mr. Galadima and his group to show that there is no room today for the impunity of old.”

The party said Galadima misrepresented the facts when Nigerians were made to believe that a new political party had been formed and is, therefore, guilty of fraudulent misrepresentation in accordance with the judgement of the Supreme Court in the case of Ikechukwu Ikpa vs. The state.

“His very act (as we will show later in this address) taken together with the content of his press statement were reminiscent of the televised military address issued after a successful execution of a coup de tat which Nigerians had become used to before the advent of this sustained democratic experience. The only difference being that Mr. Galadima was gabbed in civilian attire.

“Furthermore, other persons purporting to be members of this group have gone to town seeking to validate this unruly conduct and these have necessitated the APC as the ruling party responsible for the protection of our budding democracy to clarify on the legal import of the action of this group as well as confirm to our teeming supporters across the country that this situation is well within our control and assure all that the rule of law must take its natural course in this matter.”

The party said “for the infringement so far committed by Mr. Galadima and the odium he has brought upon the APC brand, we will be seeking civil redress against his person and that of his group.” “With respect to the criminal aspect of his conduct, we will be notifying the appropriate authorities to do the needful.”

The statement said Galadima’s press release could be captured under three major issues, which are that:

*the Party’s convention was improperly conducted by the Convention Chairman as Consensus candidates were only subjected to a ‘yes’ vote in alleged contravention of Article 20 of the APC Constitution;

*a group of delegates have come together 10(Ten) days after the successful conduct of the APC convention to, in their words, “take control and give legitimacy” to APC now to be known as Reformed-APC (‘R-APC); and that

*R-APC whose congresses and convention date is yet to be disclosed already has the full complement of national executives, national working committee, state executives and local government officials in all 774 local governments across the country.

It said: “On the first issue, it was the culmination of a series of congresses conducted in over 166,000 wards across this country and all the 36 states including the Federal Capital Territory, which produced the delegates.

“The question of elections within the APC is covered by Article 20 of the APC Constitution. Specifically, Section 20 (1) provides that ‘all party posts prescribed or implied by this constitution shall be filled by democratically conducted elections at the respective National Convention or Congress subject, where possible to consensus, provided that where a candidate has emerged by consensus for an elective position, a vote of ‘yes’ or ‘no’ by ballot or voice shall be called to ensure that it was not an imposition which could breed discontent and crisis’.

“A clear reading of this provision shows that delegates may consent to a single candidate; however, that consent must be validated/re-affirmed at the convention. This was exactly the case at the convention where candidates who emerged based on consensus had their elections validated and affirmed by voice votes of the delegates.

“This much was admitted by Galadima in his civilian take-over speech. It is, therefore, worrisome that he goes ahead to suggest that the affirmation process was flawed because only a ‘yes’ question was put to the delegates and not a ‘yes’ and ‘no’ question.

“So a party is at liberty to choose between two options and exercising only one of both options would amount to compliance with the provisions contained in such a document.

“On the second issue, which is the claim by the Mr. Galadima that APC delegates have decided to take control and given legitimacy to APC as well as formed the Reformed APC, this only reveals the extent of disregard for our laws and constituted authorities by this group.

“You have to ask them at what point did they conduct congresses to elect delegates to their Political Party? Or was it the same delegates who conducted themselves in an orderly manner at the APC convention of June 23, 2018 that this group speaks of 10 days after?

“Does this group realise that political parties are not conjured into existence by wishful thinking, but by careful compliance with the cumbersome process of registration laid out in Section 78 of the Electoral Act 2010? There is no provision for civilian coups in the constitution of APC and any suggestion that their action was carried out in consonance with the APC constitution is as misconceived as it is mischievous.

“On the third point of the R-APC electing executives across the country, the question to ask this group that claims to be aggrieved because of an alleged breach of a provision in the APC constitution requiring ‘yes’ and ‘no’ voice vote is, where did they hold their own convention?

“Is it not a requirement of the same APC constitution that positions must be subjected to election either democratically of through consensus? Were the so called executives of this new contraption elected by consensus or by contestation?

“Have they ever heard of or read the provisions of Section 85 of the Electoral Act? Have they seen the Guidelines for the Registration of New Political Parties 2014? Where officials of the Independent National Electoral Commission (INEC) at their imaginary congress?

“These are questions that speak to the real intent of this group which is to perpetuate impunity, breach public peace by causing political pandemonium and reap benefits from the vandalisation of our democratic process. But APC will not allow that.”

Ogala said further that some of the “immediate consequences of the action of Mr. Galadima is that he and his gang (unless those who have disassociated themselves from his Press Release) have committed several criminal infractions as well as given rise to civil injury against the APC, which include impersonation, fraudulent misrepresentation, conduct likely to breach the public peace and breach of trademark and infringement of copy right.

Ogala said: “Mr. Galadima in his Press Release copiously referred to himself as the substantive Chairman of R-APC, a variant of APC, whilst he knows fully well that there is indeed no such political party in Nigeria.

“Also, he suggests that he is the substantive Chairman of APC even though he knows that Com. Adams Oshiomhole is indeed the party chairman and Mr. Galadima never contested for chairmanship at the just concluded convention of the APC.

“In the circumstance, Mr. Galadima has committed the offence of impersonation as defined and punishable under Section 484 of the Criminal Code and the authorities will be requested to do their work in bringing him to account.

“To the extent that Mr. Galadima continues to perpetuate a falsehood, knowing such falsehood of him forming a Political Party overnight and being Chairman either of same party or APC indeed to be untrue, yet persists for the purpose of gaining either pecuniary or other benefits, he is guilty of fraudulent misrepresentation.

“Without a doubt, the declaration of Mr. Galadima, if left unchecked, is capable of leading to the public nuisance and a breach of peace across the Country. Our loyal members are already agitated by the incendiary action of this group which runs counter to the beliefs, principles and creed of the APC.

“This for us is one of the key points of this address. We trust relevant authorities to deal with the criminal conducts of this group. However, as it touches on our brand, we are forced to quickly take steps to protect it from being subjected to erosion by the thoughtless actions of this group.

“As Nigerians are aware, the coinage APC is both a trade mark and a copy right capable of being protected under the common law principles of passing off as well as under the extant provisions of the Copyright’s Act.

“Nigerians can only imagine what it would be like if we were to wake up one morning to a bank claiming to the Reformed First Bank Plc or a construction company claiming to be the Reformed Julius Berger Plc formed by a group of its directors allegedly because they disagree with certain decisions taken at the board meeting! This will be viewed as a blatant assault on the brand for which both civil and criminal recourse can be sought.

“So it is in this case that APC is a brand owned by its teeming members who have invested in the National Executive Committee and other organs of the party with the power to protect this brand from abuse and erosion.

“We practise a multi-party democratic system and therefore cannot stop Mr. Galadima from forming his own political party if he so desires.

“Fellow Nigerians, in 2015, we witnessed a seismic event where for the first time in our political history an opposition party defeated an incumbent. We opened our arms to work with all Nigerians because we believe in the inherent goodness of all Nigerians.