The Presidency has reacted to a claim by former Vice President, Atiku Abubakar that President Muhammadu Buhari’s government was the most corrupt since 1999. 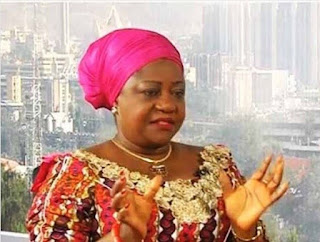 Speaking in Abakaliki, the Ebonyi State capital, on Tuesday, Abubakar said Buhari’s administration was the most incompetent since the return of democracy in 1999.

Reacting to the allegation, Buhari’s Personal Assistant on Social Media, Lauretta Onochie wondered why the Waziri of Adamawa had refused to travel to the United States, US.

In a tweet, Onochie said the US welcomed Buhari, who he described as corrupt.

“LOOK WHO’S TALKING:
Why is America enamoured by Pres. Buhari but dares you to enter their shores? Nigerians in America are waiting to be consulted too or are you going to ignore them?
#GoAndRestJor.”