Plateau killings: Imam who saved 300 Christians to get national honour

1:48 AM CuteNaija 0 Latest News in Nigeria 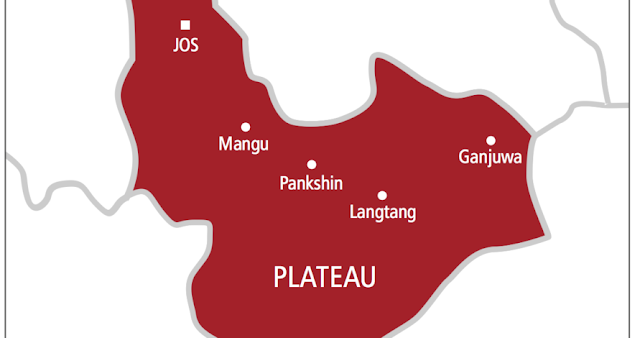 Lalong said the President took the decision following reports that the Imam saved about 300 persons on June 24 when suspected Fulani herdsmen invaded about 15 communities in the Barkin Ladi LGA, killing over 200 persons.

The people, mainly Christians, were said to be fleeing from a neighbouring village in the Barkin Ladi LGA when the Imam hid them in his house and mosque.

“I hid the women in my personal house and after that, I took the men into the mosque and hid them there,” Imam Abubakar had stated.

However, the assailants caught up with the Imam, forcefully demanding that he release those who were Christians in the mosque.

But the cleric said deceived the bandits that all those in the mosque were Muslims and upon hearing this, the attackers left him and continued with their killing elsewhere.

Lalong unfolded the President’s plan to honour Abubakar in Jos on Monday during the opening ceremony of a three-day peace and security conference with the theme, “The resurgence of violence in Plateau State: Towards a multi-stakeholder partnership for peace and security.”

The event was organised by the Plateau State Peace Building Agency in collaboration with the United States Institute for Peace, Justice and Security and financed by the US Embassy in Nigeria.

Lalong said, “The President has told me to bring Imam Abdullahi Abubakar for a hand shake which will be followed by a national honour. I was also preparing what to do for this man. Although he is already in his old age, God knows why he did it at that age for us to study and also know how to maintain peace, not only in Plateau State but in Nigeria in general.

“What he did not only saved the people of Barkin Ladi LGA, not only Plateau State but I think the whole of this country because 300 lives is not a small number. So, Alhaji Abdullahi Abubakar, only God will reward you for what you have done.

“We are waiting for that process of meeting the President for a handshake and national honour. Having a handshake with Mr President at the age of 83, I think the man will be happy, even if he is going to his grave, that something has happened in his life.”

The governor also expressed happiness that the Imam’s gesture happened during his tenure as governor of Plateau State.

At the event, the Deputy Chief of Mission and Charge de Affaires, US Embassy in Nigeria, David Young, extolled the virtues of the Imam, describing his action as heroic.

Young said, “Those who work for peace do not belong to one group or another, they are not just Muslims or Christians, they are individuals who give up their lives for goodness and fight evil.

“This man is a challenge to all of us; think about what you do every day. Do you take risks for peace? Would you put your life on the line to protect people from other communities? Think about what that means to us, to your country and to our world.”

He said the circle of violence and attacks, reprisals and counter-reprisals had taken horrific tolls on the people of Plateau State which had affected both Muslims and Christians.

Young also said the killing of innocent people was unacceptable whether in Plateau, Zamfara, Benue, Borno, Delta or Taraba states.

He also called on the law enforcement agents to “arrest and prosecute criminal actors that do evil,” adding that it was absolutely essential that those arrested be made to properly face charges in court, as bringing a criminal action to justice remained the first step to stop the violence.

Also speaking, the Gbong Gwom Jos, His Majesty, Jacob Gyang Buba, called on Plateau stakeholders to be very sincere because of the genuineness of the need for peace, “otherwise we will not be able to develop, but will remain a very backward community.”

The Speaker, Plateau State House of Assembly, Joshua Izang Madaki, represented by his Deputy, Yitmong Shehu Saleh, regretted that the peace that had been enjoyed in the state had been punctured by the recent crisis.