9:47 AM Mystique 0 Latest News in Nigeria 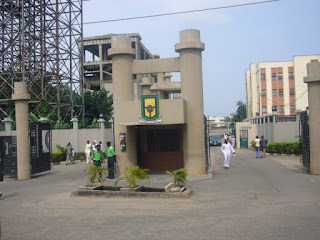 Justice O.A. Obaseki-Osaghae of the National Industrial Court in Lagos has asked anti-graft agencies to probe alleged corrupt practices and mismanagement of funds at the Yaba College of Technology, Lagos.


The judge said she could not shut her eyes to the scale of fraud allegedly perpetrated in the Federal Government’s polytechnic.

She said recommending the probe of the institution’s management was the least she, as a member of the judiciary, could do to support the Federal Government’s ongoing war against corruption.

Justice Obaseki-Osaghae, therefore, asked the Economic and Financial Crimes Commission; the Independent Corrupt Practices and other related offences Commission; as well as the police to, as a matter of urgency, probe the institution’s management.

Justice Obaseki-Osaghae said any official of the institution found wanting at the end of the investigation should be prosecuted “so as to restore sanity, accountability and financial probity in the college.”

The judge made the call while delivering judgment in a suit, marked NICN/LA/473/2015, filed by the Bursar of the institution, Olu Ibirogba, to challenge his dismissal by the school’s management on April 30, 2015.

The defendants in the suit were the Council of the Yaba College of Technology, the institution’s Rector, Dr Margaret Ladipo, and Registrar, Mrs. Biekoroma Amapakabo.

In the judgment delivered on June 7, 2018, a copy of which our correspondent obtained, Justice Obaseki-Osaghae held, “I must state that from the bundle of evidence before the court during the trial of this matter, there is an urgent need for a forensic audit and investigation into the affairs and the allegations of corrupt practices and mismanagement of funds at the Federal Polytechnic, Yaba, otherwise known as Yaba College of Technology.

“In this regard, therefore, this court cannot shut its eyes to the allegations of corruption, mismanagement of funds and fraud.

“By this judgment, the Economic and Financial Crimes Commission; the Independent Corrupt Practices and other related offences Commission and the Nigeria Police Force must, as a matter of urgency, commence investigations into the allegations of corruption and mismanagement of funds at the college to unravel the truth and the veracity of the allegations.

“Officers of the Yaba College of Technology found wanting should be prosecuted so as to restore sanity, accountability and financial probity in the college.”

The judge not only faulted and voided Ibirogba’s dismissal, but also ordered the defendants to pay him the sum of N20m “jointly and severally as punitive damages for the unjust termination of the claimant’s employment and deliberate attempt to subvert the course of justice.”

Though Ibirogba had prayed the court to order the defendants to pay him N10m as the cost of fighting the legal battle, Justice Obaseki-Osaghae awarded N1m in his favour against the defendants.