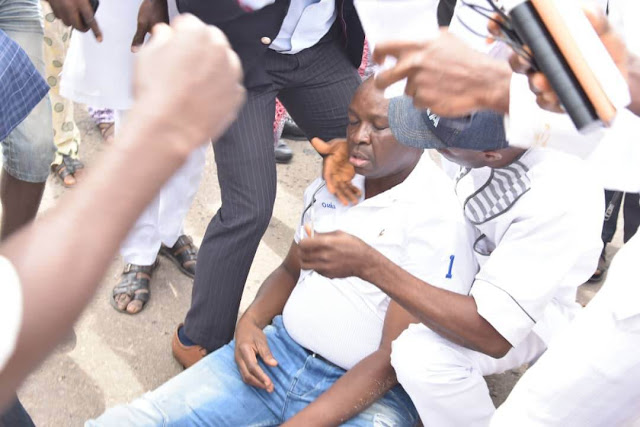 Governor Ayodele Fayose of Ekiti State who alleged on Wednesday that he was slapped and beaten by policemen during a rally in his state has once again raised the alarm that there are plans to arrest his commissioners and National Assembly members sympathetic to his cause.

In a tweet, the beleaguered governor said some desperadoes in the state have concluded plans to arrest his commissioners and others, adding that the arrest will start today.

”Those desperadoes that want Ekiti by force just concluded plans to begin illegal arrest of commissioners, State and NASS members, others. The arrest will start by 6am today.

Ekiti people will triumph,” he tweeted.